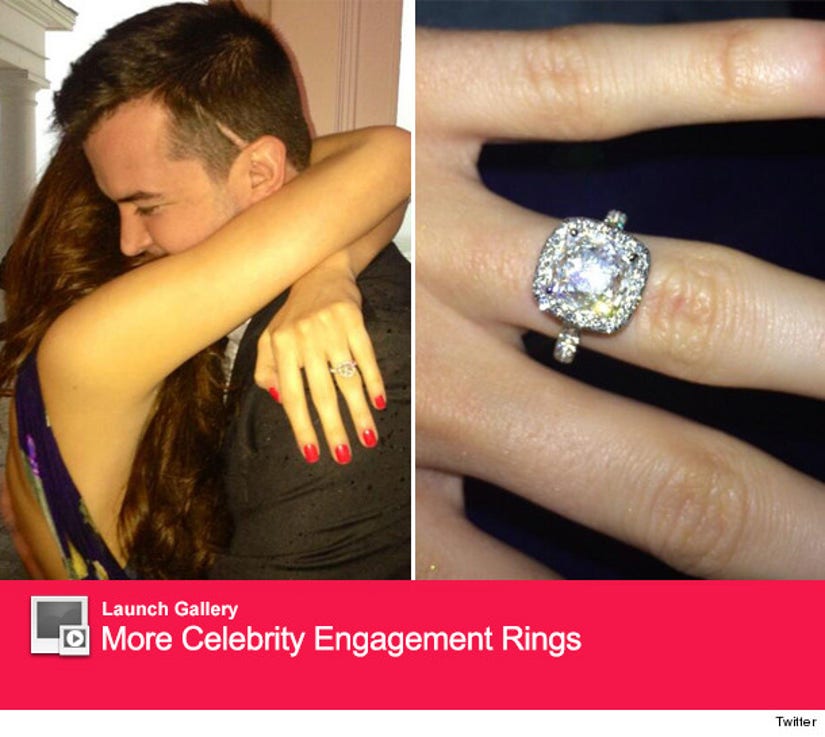 Model Katherine Webb just announced her engagement to the former University of Alabama quarterback on Twitter by sharing two photos -- one of the couple in an embrace and another of the giant sparkler.

"WE'RE ENGAGEDDD!!!" the extremely excited 24-year-old tweeted about the first photo. "He designed it himself," she added about the massive cushion-cut ring.

Webb, who was Miss Alabama USA 2012, first gained attention while attending one of McCarron's football games -- with ESPN/ABC commentator Brent Musburger pointing her out and calling her "beautiful" on air.

She later competed on "Splash" and was in the 2013 Sports Illustrated Swimsuit Issue.

The two have been dating since 2012. Congrats to the happy couple!