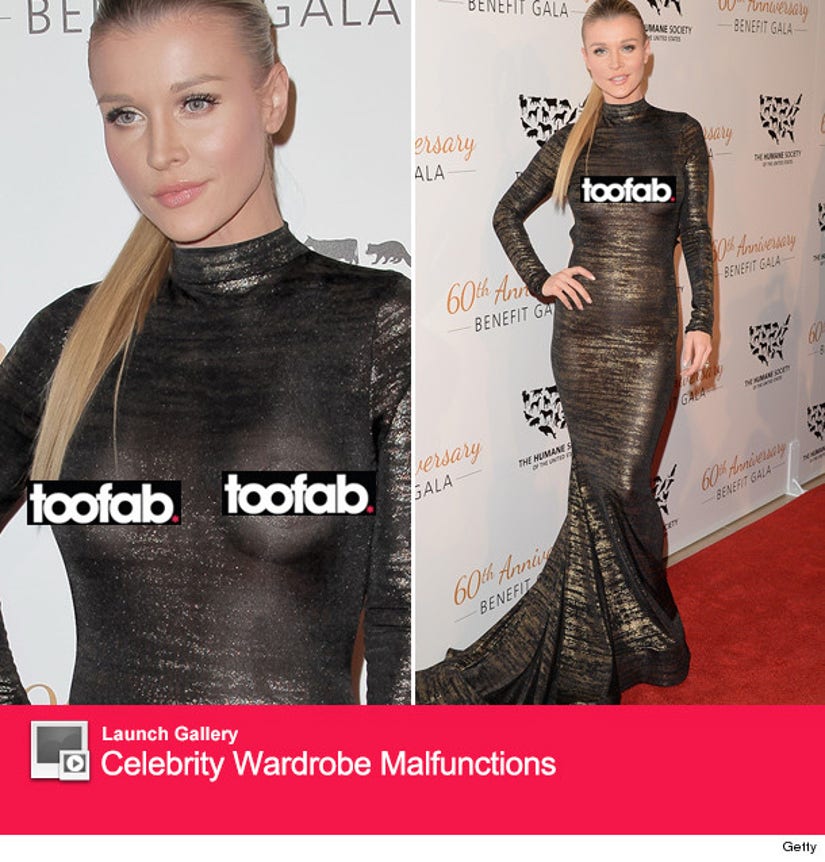 We can see right through you!

Joanna Krupa hit the red carpet for The Humane Society's 60th Anniversary Benefit in Beverly Hills on Saturday night, but had her night "ruined" by a pesky wardrobe malfunction.

The "Real Housewives of Miami" star exposed a bit more than intended in her sheer gold gown, which became totally see-through the second cameras started flashing.

Luckily for Krupa, it appears she was semi-prepared for it and wore some large pasties to cover her nipples. At least, we think that's what's going on there.

While everyone was talking about her fashion faux pas, the model took the opportunity to diss her arch-nemesis Brandi Glanville ... referencing one very wild night the "Real Housewives of Beverly Hills" had while out with friends.

"Eventhough my dress was a bit ruined by flash at least I m not leaving a place drunk w a tampon string hanging," she wrote.

Krupa wasn't the only one who looked gorgeous in gold at the event. Kesha made her first public appearance since going to rehab for an eating disorder at the benefit -- click here to see those photos.

And check out the gallery above for more wardrobe malfunctions!