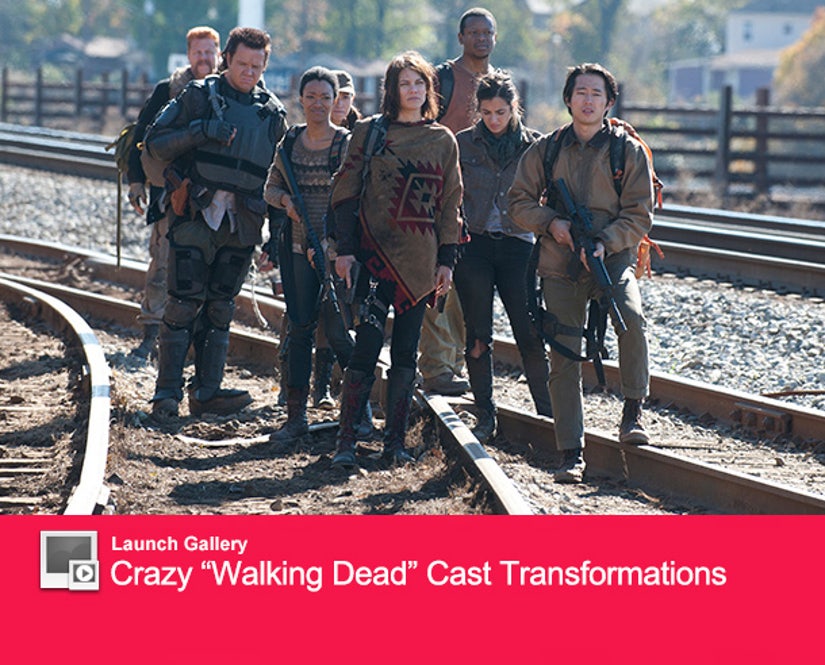 That's it, another season of "The Walking Dead" is over ... and Season 5 can't come soon enough!

This kind of goes without saying, but, WARNING: SPOILERS AHEAD.

Good news, the gang is together again. Bad news, they're trapped in a train car inside the Terminus ... and will likely be there all summer long.

The episode began with and kept returning to a time between the season premiere and the season three finale, with Hershel teaching Rick how to put his rage to rest and pick up a gardening hoe instead.

It was a sad reminder of the good times long gone and also illustrated how much Rick has changed through the past 16 episodes.

Rick, Michonne and Carl were on their way to Terminus, when they were attacked by the violent gang Daryl joined up with. They were seeking vengeance after Rick killed one of their own. When Daryl tried to intervene, Joe's group threatened to beat Dixon to dead, have their way with Michonne and Carl and then kill Rick.

While it looked reallllly bleak for a second there, Rick did the unexpected AND BIT JOE'S THROAT OUT WITH HIS OWN TEETH. Yep, the walkers aren't the only one biting the living around here!

From there, it all fell apart for Joe's group and they were taken out one by one. When it came time to kill the one who was going to assault Carl, Rick went insane, repeatedly stabbing him over and over (and over!) again.

The morning after, Rick and Daryl had a bonding moment, with Rick saying he considers his crossbow-wielding friend his "brother." Everybody now: Awwww. 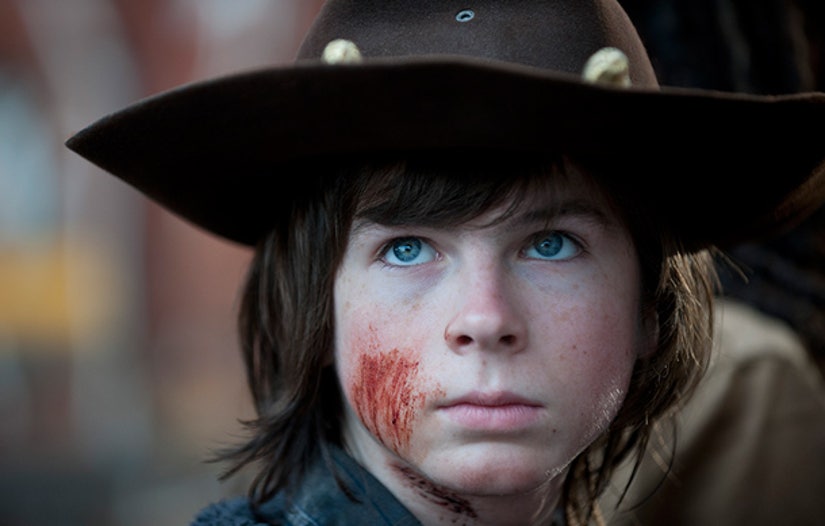 Carl wasn't quite as gung-ho about talking to his dad and went with Michonne as the group scoped out the area around Terminus before going in. Danai Gurira made us all feel for the silent samurai, explaining that her son died because her boyfriend and friend were getting high when walkers invaded their not-so-safe house. In anger, she let them turn into zombies, sliced off their arms and jaws and made them her pets. Brutal!

"I was just another monster," she said, adding that Andrea, Rick and Carl helped her get her humanity back -- and that Carl had no reason to fear his father. 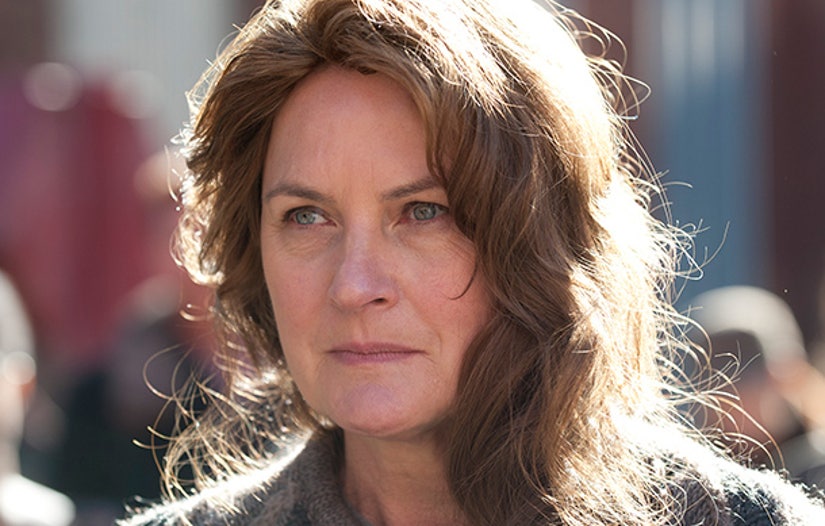 The gang then snuck into Terminus, met some of the locals (including new potential Big Bad, Gareth) and were given a tour. Rick quickly noticed their tour guide had the pocket watch Hershel gave Glenn -- and that other residents were wearing their riot gear and a poncho from the group.

Then, all hell broke loose, with snipers clearly directing our favorite group of survivors to a specific location on their compound with strategic gunfire. At one point, we saw them zoom past a ton of bones, before Gareth made them get into a train car and close the door behind them.

Once inside, they saw Glenn, Maggie, Sasha, Bob, Abraham, Rosita and Eugene. Then Rick ended the episode and the season by saying "They're screwing with the wrong people." Bam, roll credits!

All that being said, we have 5 lingering questions that we'll be thinking about until the show comes back. Plus, see some revelations from the finale of "Talking Dead" with star Andrew Lincoln and show-runner Scott M. Gimple. 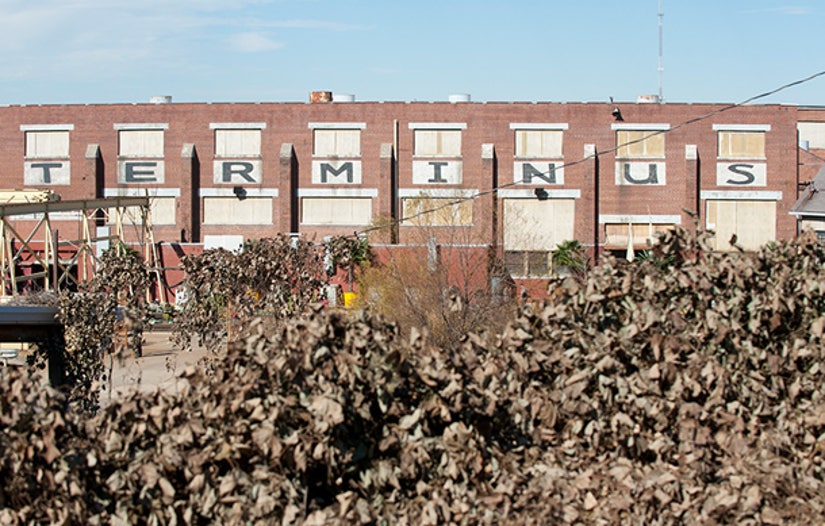 While there isn't much to go off, we're going with the popular theory that Terminus is a community of cannibals. Why else would they have train cars full of people, who they keep well-fed?

One of the community members also said "The more people become a part of us, we get stronger" ... which is pretty much the perfect motto a cannibal, right?

Our guess: On the grill.

If the Terminus group are in fact cannibals, one of the survivors is going to have to get eaten at some point ... and Beth is kind of the perfect target.

While it would be cruel to kill off another one of Maggie's family members, she's also the most expendable character -- and her death would have a huge affect on Daryl, something that would take him in a totally different direction. If she's not dead yet, she probably will be soon.

3.) What About Carol and Tyreese?

Last time we saw these two, Carol had just shot serial-killer-in-training Lizzie, who had just murdered her younger sister. They were headed to Terminus too.

Hopefully they have better luck than the rest of the gang when they get there -- and can break everyone else out of the joint before they become BBQ! 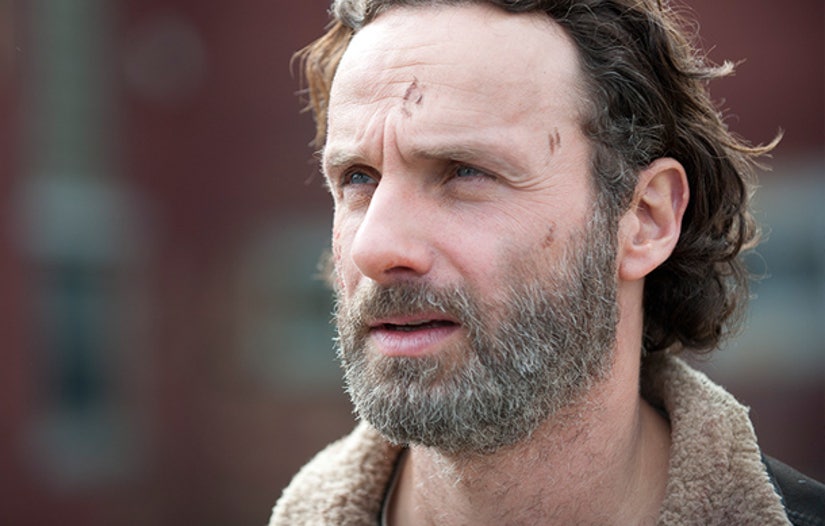 Rick went off the rails this episode, going nuts on the guy who attacked Carl.

"He was a man suppressing his brutality," Andrew Lincoln said about his character's arc during "Talking Dead." "At the end of the season, he's accepting it for the sake of his son."

So, while he's not necessarily bad, we can probably expect to see a more violent Rick in seasons to come. RIP Farmer Rick!

5.) When Does the Show Return?

While no return date has been set just yet, the previous seasons have all premiered in mid-October, expect the same for Season Five.

Unfortunately, Scott M. Gimple wasn't too forthcoming about what fans can expect when the show does return.

"Every 8 episodes, the show re-invents itself. Next season, it will be a whole new show again," he said. "You will be in it a little more," he told Andrew -- before adding "This next half season is going to be a nuclear weapon."

What did you think of the finale? Check out some amazing behind-the-scenes photos from the show below -- they'll change how you look at Michonne for life! 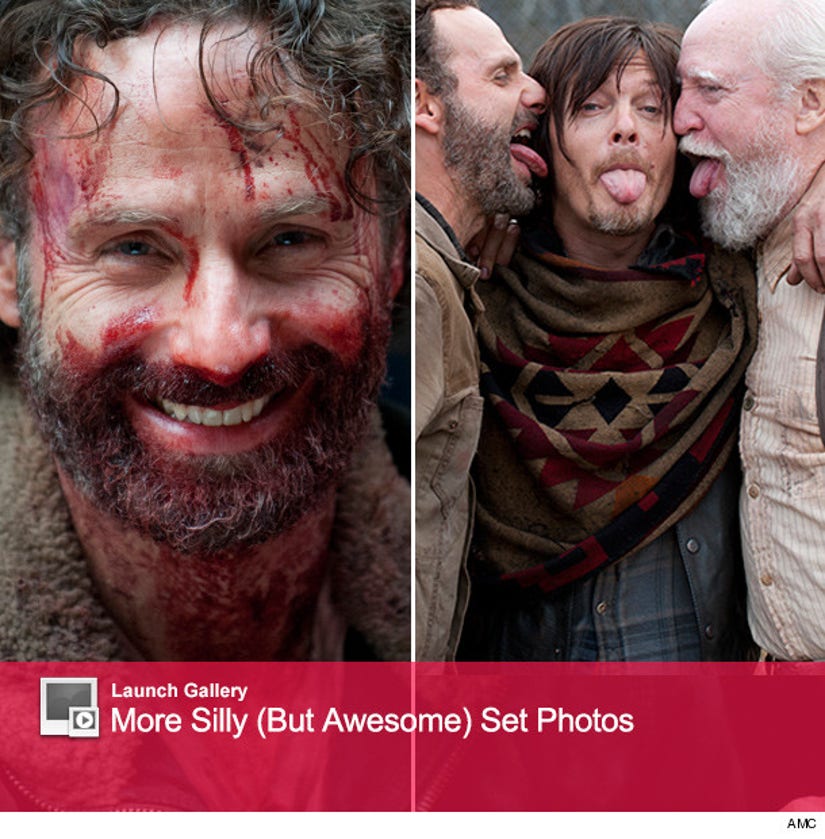