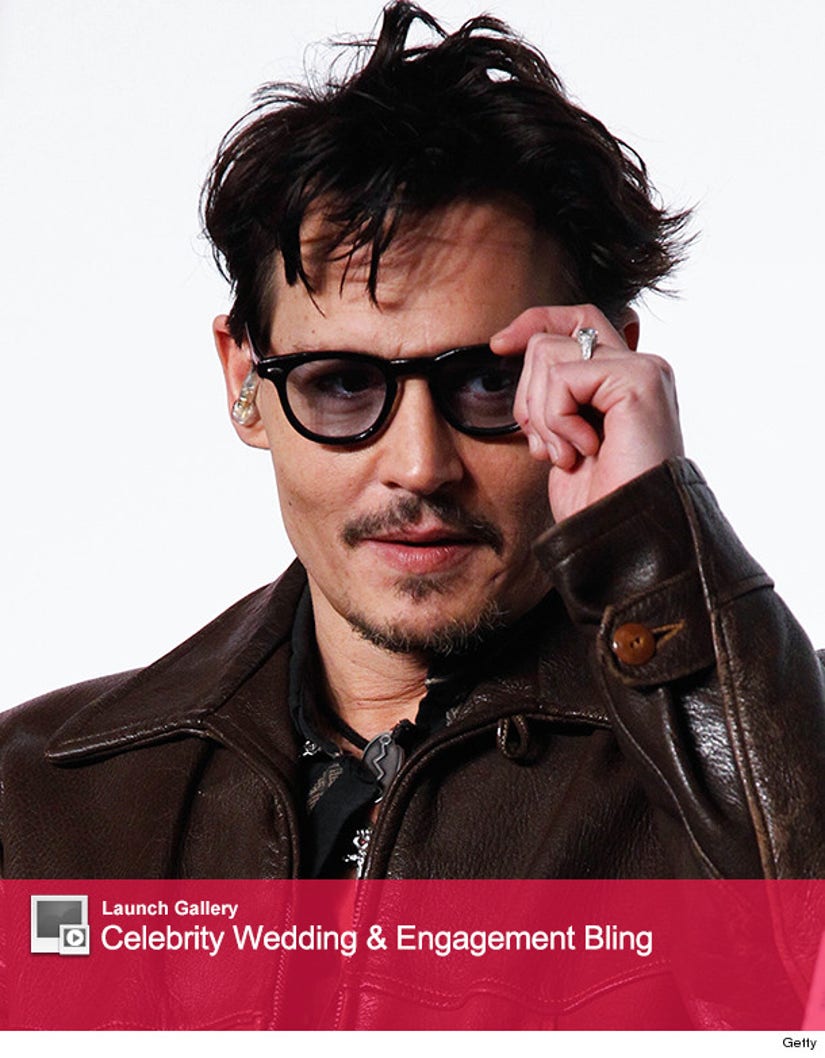 Johnny Depp is officially off the market!

The actor confirmed rumors that he's engaged to Amber Heard on Monday by sporting his very own giant engagement ring.

When asked at the "Transcendence" press conference in Beijing, China, the actor indirectly affirmed his relationship status.

"The fact that I'm wearing a chick's ring on my finger is probably a dead giveaway. Not very subtle," he told reporters.

"I think that I would be better at making women's shoes than I would be at wedding planning, I can't plan anything. I'm really bad at that stuff," he added.

Amber Heard showed off her massive engagement bling earlier this month while on the red carpet with Depp.

The twosome met back in 2009 while filming "The Rum Diary" together, and have been inseparable ever since.

Well, now that we know their engagement is official, we can't wait to see the sexy stars say "I do!" What do you think of Depp's giant ring?

Tell toofab in the comment section below, and click "Launch Gallery" above to see even more celebrity wedding and engagement bling!