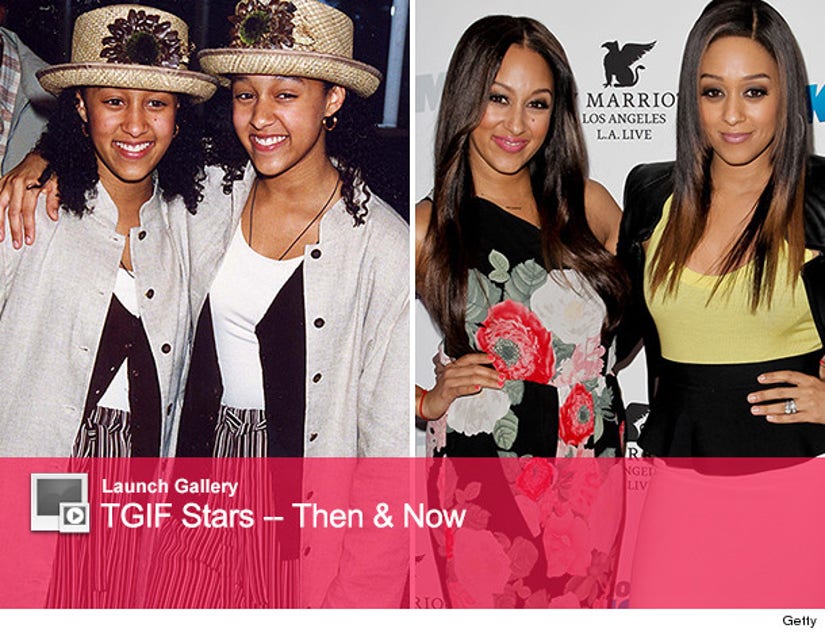 Twenty years ago today, the show "Sister, Sister" took the sitcom world by storm when it premiered as part of ABC's TGIF lineup.

Tia and Tamera Mowry played characters Tia Landry and Tamera Campbell﻿, who were separated at birth and reunited fourteen years later during a chance encounter at a shopping mall.

Following six seasons of sibling shenanigans, the talented twins went on to appear in a number of films, such as "Seventeen Again," "The Hot Chick" and the Disney movie "Twitches." They later co-starred in the reality show "Tia & Tamera."

After sharing the spotlight for several years, the sensational sisters decided to pursue separate careers.

Tia has continued acting and starred on the TV show "The Game" before being cast as the lead character in the Nickelodeon show "Instant Mom." Tamera, on the other hand, decided to take a break from acting and is now a co-host on the daytime talk show "The Real."

Aside from their profound professional success, the twins' personal life seems to be perfect as well.

Recently, these lovely ladies visited the toofab newsroom and took a trip down memory lane as the duo dished about childhood crushes and talked about all things TGIF. Check out the video below to see toofab's Brian Particelli test the twins on their 90's knowledge!

Click "Launch Gallery" above to see more TGIF stars, then and now.