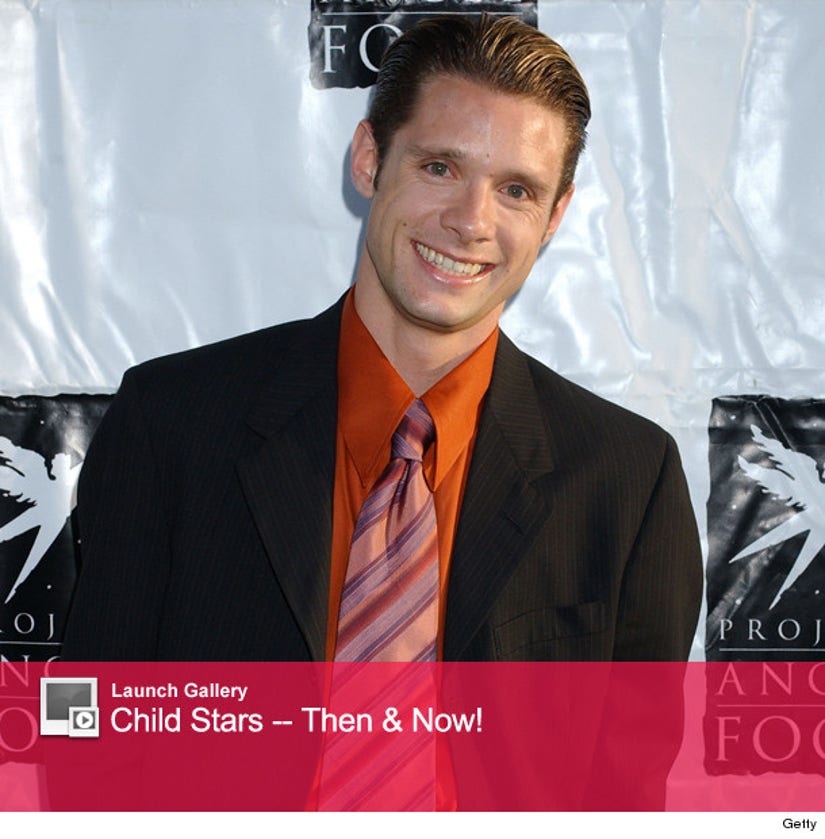 The youngest star of "Who's the Boss" just got hitched!

Danny Pintauro, who played little Jonathan Bower on the sitcom, married his boyfriend Wil Tabares in an intimate beach ceremony in Dana Point, Calif., on Thursday.

"Everything went off without a hitch," Pintauro told Us Weekly. "The wedding was terrific and everyone was so happy to be there. We had fun! We went into it with no stress or worries or cares, except to have a good time."

"I never thought I would ever get married," Tabares tells Us. "I knew I would never marry a woman, and never thought I'd see the day that same-sex marriage would be legal, so it's definitely a life-long dream come true."

"The beautiful reality is starting to set in," he adds. "This is one small step for man, one giant step for equality," he added.

The handsome men wore cream-colored suits for their special day, with a matching lavender flower in place of a pocket square.

The couple was celebrating their one-year anniversary in Palm Springs in April 2013 when Tabares popped the question. "He made a video, and in the video held up the box [with the ring]," Pintauro told Us at the time. "I looked up and he had it in his hand!"

What a sweet story -- congrats to the happy couple!