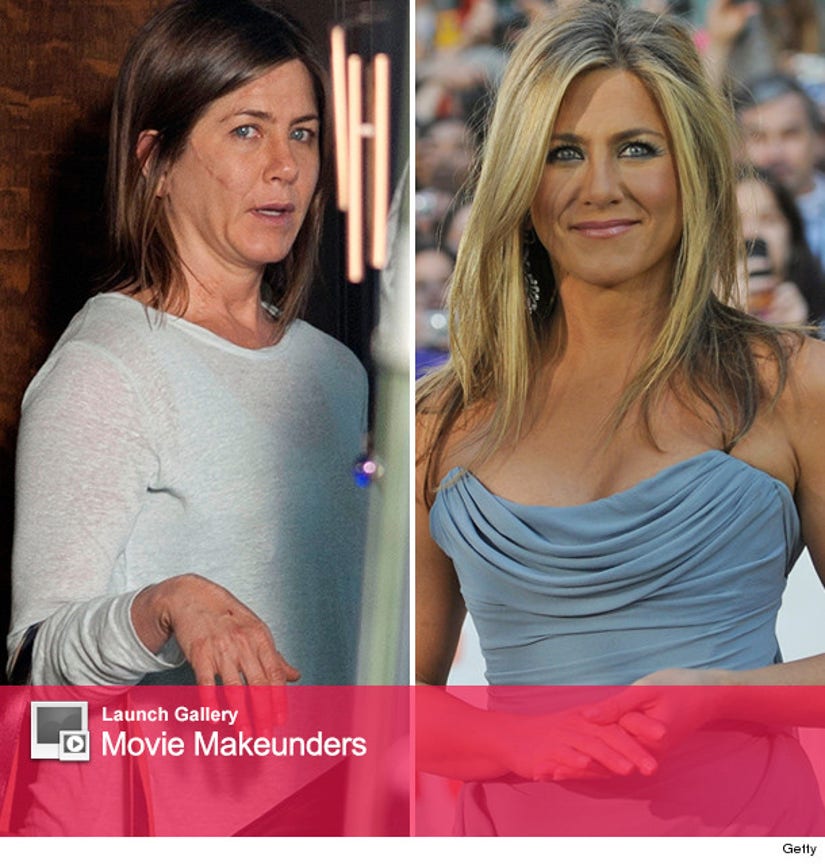 Jennifer Aniston is certainly looking rough and rugged on the set of her new movie.

On Monday, the 45 year-old actress sported a large scar on her right check as she got into character for her upcoming film "Cake."

Starring alongside Anna Kendrick and Sam Worthington, the former "Friends" actress plays as a woman who joins a support group for chronic pain sufferers after she is involved in a fatal car accident.

In addition to a fierce facial scar, the brunette beauty also donned darker hair, baggy clothes, and minimal makeup for the role.

She isn't the first star to undergo a major transformation for a role – Charlize Theron and Halle Berry both took home Academy Awards for their respective roles in "Monster" and "Monster's Ball" after subjecting themselves to unglamorous movie makeunders.

See more movie transformations in the gallery above!