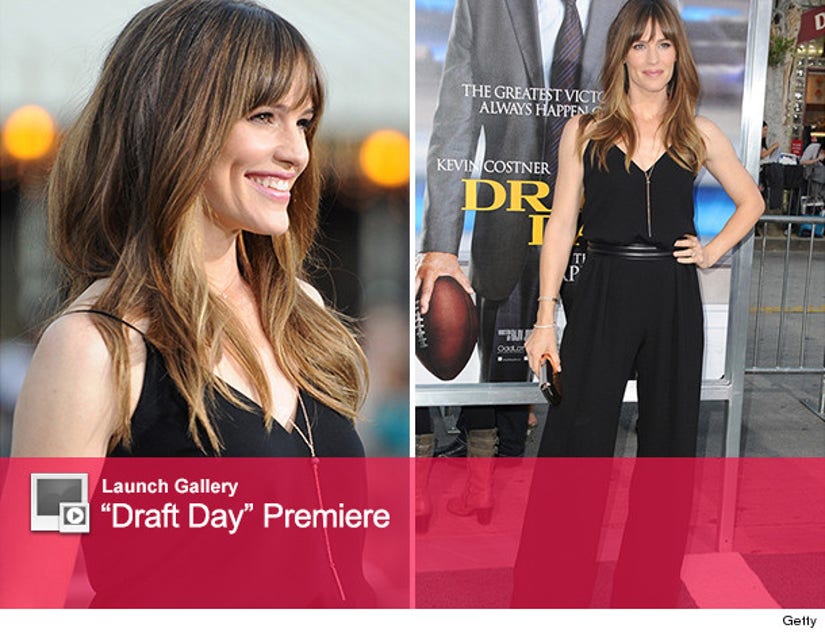 Jennifer Garner stole the spotlight on the red carpet at the premiere of "Draft Day" in Los Angeles on Monday night.

The 41-year-old actress looked stunning and sophisticated in a custom black jumpsuit by Max Mara. She made trousers just as elegant as a gown, opting for a loose silhouette, slinky spaghetti straps and an edgy leather belt.

The mother-of-three left her brunette locks down in tousled waves, adding a touch of glamour with neutral smokey eye makeup and a pink lip.

Garner tends to be selective about making her red carpet appearances, but she certainly made an impact at this star-studded event!

What do you think of Jennifer's look? Tell toofab in the comment section below, and click "Launch Gallery" above to see more photos from the "Draft Day" premiere!