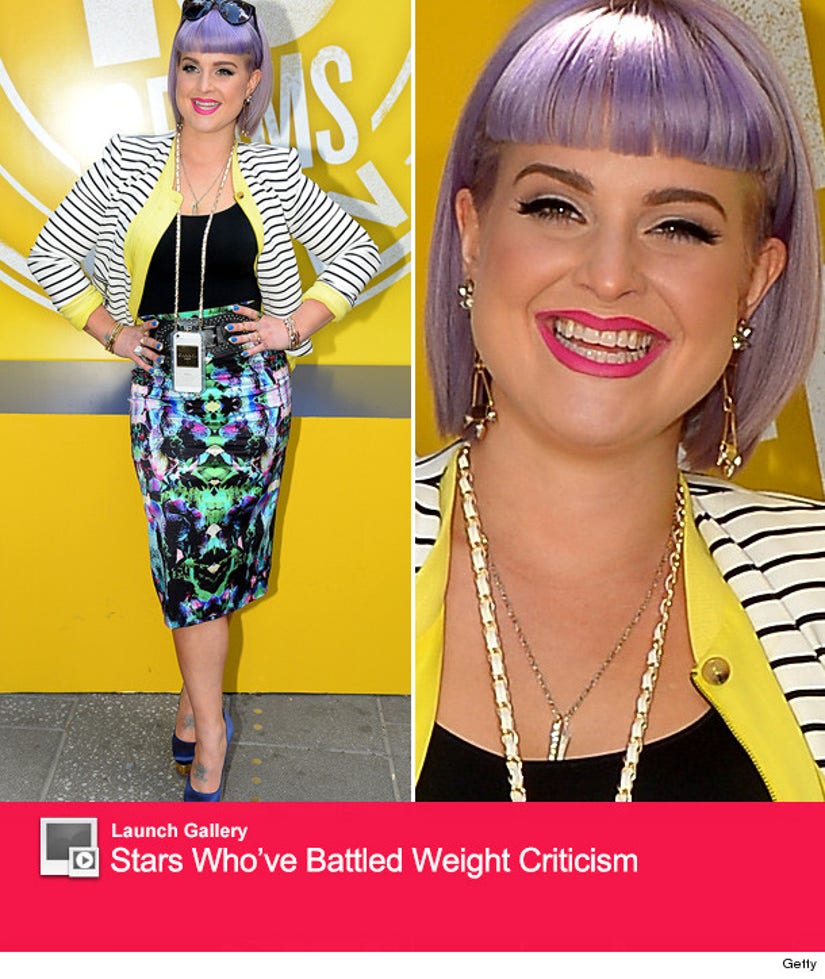 Well that's one way to shut down those weight gain rumors!

Kelly Osbourne showed off her svelte physique on Wednesday in New York as she promoted her new partnership with Wheat Thins Popped.

Sporting a black top, a patterned pencil skirt, blue heels and a really cute striped jacket, the fashionista looked adorable -- while also showing off her newly semi-buzzed 'do.

The appearance comes after tabloid reports that the 29 year old had gained 20 pounds and was going to a "fat camp" to help lose the weight.

Osbourne addressed the rumors on her Twitter page last week, and this brand new appearance all but confirms her response.

whom ever started the rumor that I'm in "fat rehab" what exactly is "fat rehab" is it a 12 step program if so what might they be? #SoFunny!

That was meant to be a joke people I have Not gained 20lbs!

That seems to be the problem with losing a lot of weight -- everyone's just waiting for you to put it back on!

Kelly is hardly the first star to be criticized about her fluctuating figure. Check out more stars who have battled weight criticism in the gallery above!