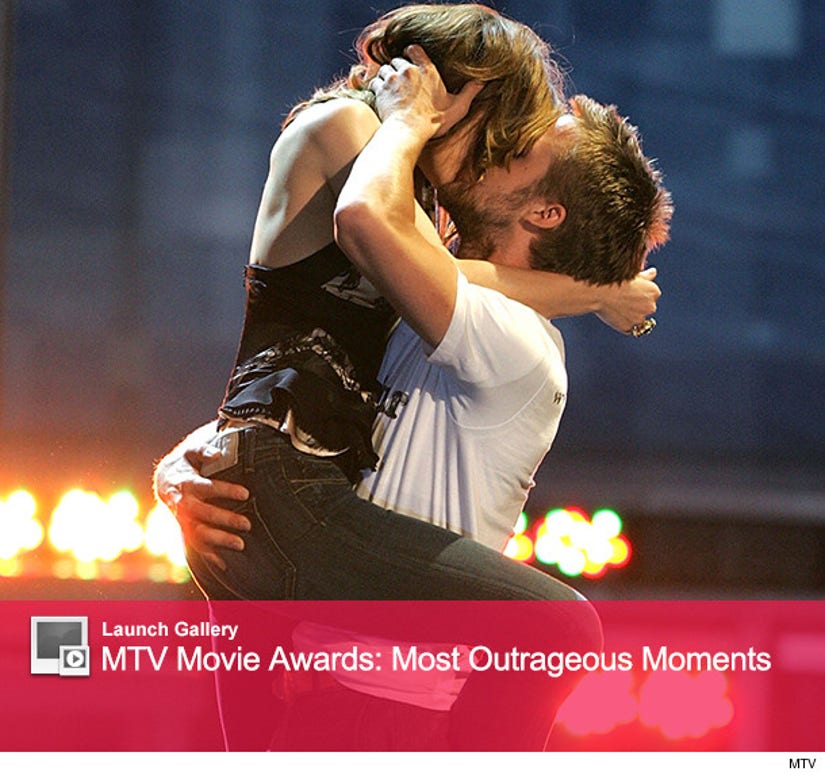 From producing the funniest movie spoofs to inciting celebrity make-out sessions, there is rarely a dull moment at the MTV Movie Awards!

With the 2014 show going down tonight, let's take a moment to remember some of the most outrageous, cringe-worthy moments of MTV's past.

In 2005, Ryan Gosling and Rachel McAdams gave the audience something to talk about when they demonstrated their on-screen/off-screen passion after winning for Best Kiss. "The Notebook" stars were actually dating at the time they won the award -- and lucky for us, the couple wasn't shy about publicly showing their affection for each other.

One of the most infamous OMG moments in MTV history occurred at the 2009 Movie Awards when Eminem became the butt of Bruno's joke … literally. As Sacha Baron Cohen ascended from the ceiling dressed as bare-bottomed angel, there appeared to be a mechanical malfunction that sent the "Borat" star plummeting into Slim Shady's lap. The rapper was less than thrilled to have the nearly naked comedian on top of him; he and his entourage promptly stormed out.

At the 2013 award show, host Rebel Wilson made a grand entrance in a pink, custom-built "Iron Man-gina" suit of armor that gave her a hilarious iron wedgie. The audience laughed hysterically as the Aussie actress crashed through the roof and onto the stage, making an ungraceful and unforgettable entrance. Once she recovered from her fall, the comedienne delivered the best one-liner of the night when she exclaimed, "Oh, I landed right on my vag!"

The 2014 MTV Movie Awards are this Sunday, and we can't wait to see what this year's show has in store for us. Check back with toofab to see all the stars on the red carpet -- and to see the best moments of the night.

What was your all-time favorite Movie Award moment? Tell toofab in the comment section below, and click "Launch Gallery" above to see more of the most outrageous moments.