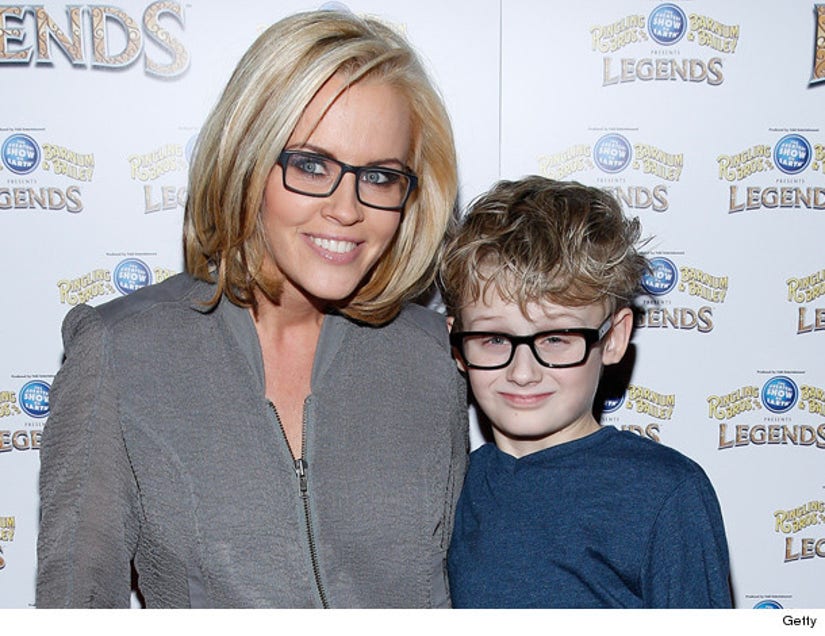 After years of silence, Jenny McCarthy is setting the record straight about her stance on vaccines.

"The View" cohost wrote a column in the Chicago Sun Times on Saturday, where she clarified her position on the controversial topic.

"I am not 'anti-vaccine,' she wrote, "This is not a change in my stance nor is it a new position that I have recently adopted. For years, I have repeatedly stated that I am, in fact, 'pro-vaccine' and for years I have been wrongly branded as 'anti-vaccine.'

She added, "Blatantly inaccurate blog posts about my position have been accepted as truth by the public at large as well as media outlets (legitimate and otherwise), who have taken those false stories and repeatedly turned them into headlines."

“I believe in the importance of a vaccine program and I believe parents have the right to choose one poke per visit," she declared. "I've never told anyone to not vaccinate. Should a child with the flu receive six vaccines in one doctor visit? Should a child with a compromised immune system be treated the same way as a robust, healthy child? Shouldn't a child with a family history of vaccine reactions have a different plan? Or at least the right to ask questions?"

Back in March, the mother-of-one received some harsh criticism via Twitter over her strong opinions on the matter. When she asked her followers what he or she "look for in a mate," many took the opportunity to reply that they would want someone who isn't anti-vaccination -- like her.

"What is the most important personality trait you look for in a mate? Reply using #JennyAsks," the 41-year-old beauty asked. Some of the responses weren't that friendly.

"Somebody who gets that refusing vaccines because of 'toxins' and then shilling for e-cigs makes you a pathetic hypocrite #JennyAsks," one person wrote back. "Someone who think vaccines are safe," another added.

"#JennyAsks Someone who doesn't spread false info causing disease," another chimed in.

McCarthy has argued for years that early childhood vaccines against diseases like polio and the measles are linked to autism in children. Her 11-year-old son Evan has autism, and she's spoken out about about the issue via social media and even during an appearance on "Larry King Live" in April 2008.

"We need to get rid of the toxins, the mercury -- which I am so tired of everyone saying it's been removed," she told King. "It has not been removed from the shots."

What do you think about Jenny's column? Do you agree or disagree with her stance on vaccines? Sound off below!