Jared Leto is traveling in style!

The actor spent the weekend at the Coachella Music Festival, but he didn't want to miss the MTV Movie Awards on Sunday night -- so he took a helicopter from the desert to the big show.

"On the heli from coachella to the #movieawards!!! If I go down make sure @conan knows I love him dearly. Xo @mtv #headwinds," he ﻿wrote on Instagram with a video from the sky. 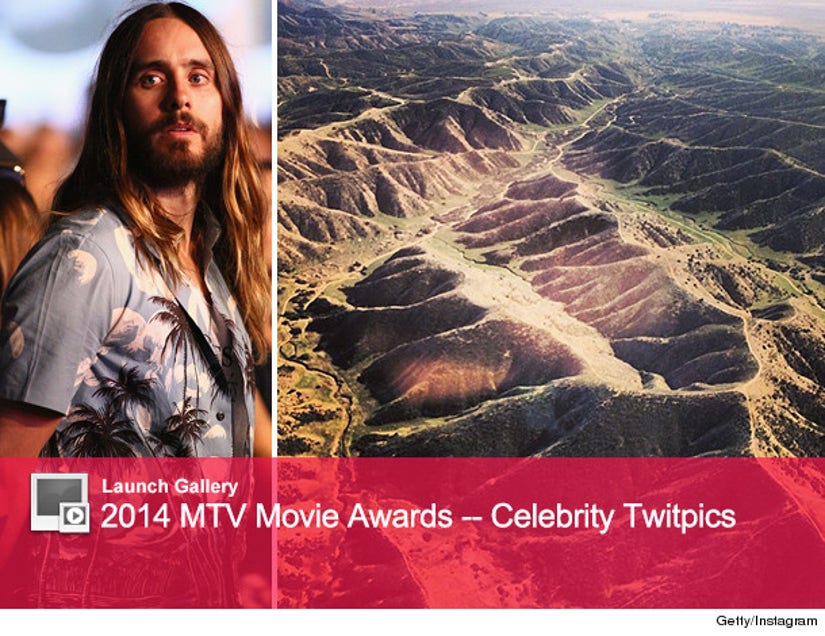 The "Dallas Buyers Club" star posted another photo from his ride, writing, "View from the heli headed to #movieawards. #SoFarSoGood #YouCallThatTurbulenceIcallItTerror #ConanHoldMe."

Leto is set to be a presenter at tonight's star-studded show, joining other Hollywood A-listers including Mila Kunis, Megan Fox, Zac Efron and Shailene Woodley.

Channing Tatum will receive the MTV Trailblazer Award, and Mark Wahlberg will be getting the MTV Generation Award.

Click "Launch Gallery" above to see more celebrity TwitPics from the MTV VMAs, and check out the photos below to see all the stars on the red carpet!