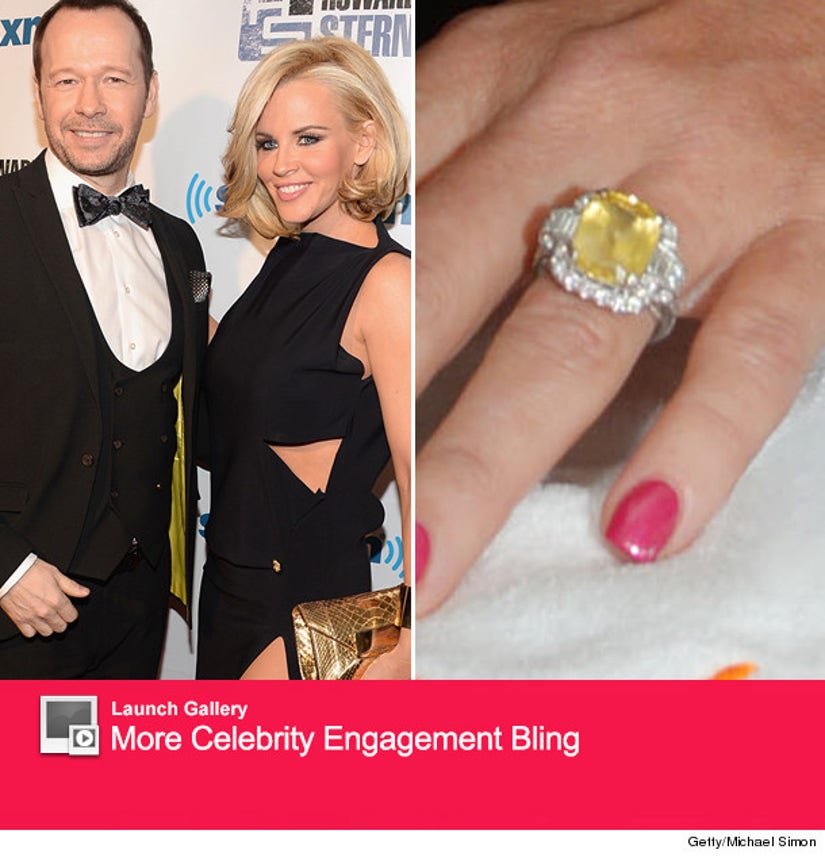 Jenny McCarthy is marrying one of the New Kids on the Block ... and he just gave her a massive rock.

The host of "The View" just announced her engagement to singer/actor Donnie Wahlberg this morning on the ABC talk show, proudly showing off her giant yellow sapphire, cushion-cut ring.

McCarthy, 41, revealed how Donnie, 44, popped the question -- explaining that her son Evan played a part in the proposal.

"I feel like the luckiest girl in the world, he's so wonderful," McCarthy added of her new fiance ... who joined her onstage after the announcement.

Jenny says the couple might get married as soon as August, or hold off a year.

McCarthy gave us an even better look at her ring while getting a Sally Hansen manicure in NYC -- that thing is huge! 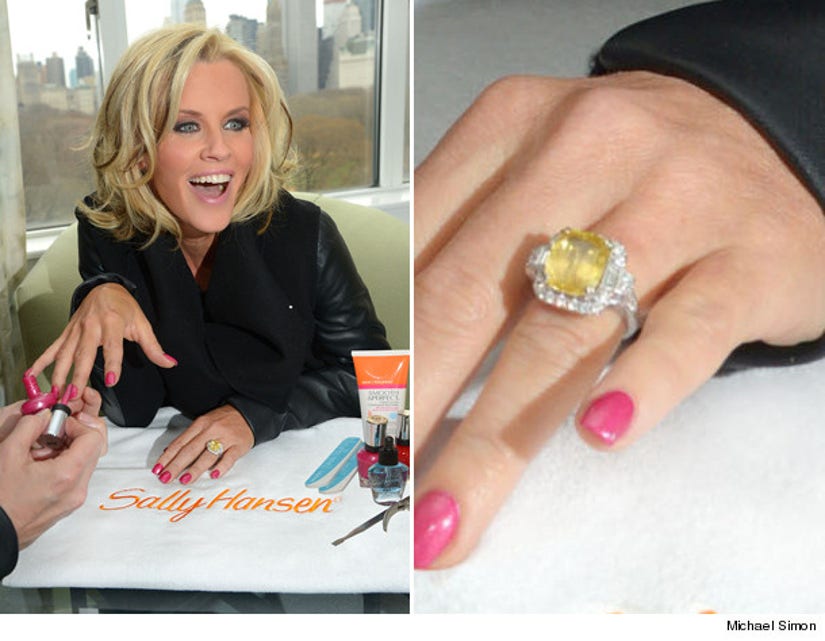