Lindsay Lohan appeared on "Watch What Happens Live" on Thursday night -- where she got candid about "Mean Girls," naked celebrities and that list.

Here are the 5 Biggest Takeaways from the episode:

Lohan made headlines after a list she allegedly wrote of her "conquests" hit the Internet.

Lindsay confirmed that she did in fact write it, but wouldn't "confirm or deny" what she did with the names on it -- names that included Zac Efron, Orlando Bloom, Ashton Kutcher and Justin Timberlake.

"That was actually my fifth step in AA when I was in Betty Ford," Lohan admitted in a rare serious moment on the show. "Someone must have taken a photo of it, it's really unfortunate."

2.) She LOVED Coachella This Year

...but not because of she was partying hard.

Lindsay addressed reports she got crazy at Coachella this year, making it clear she behaved herself and it was "the best time I've ever had" at the music festival.

"I was partying in a dancing manner, which could look like anything to anyone," she added. 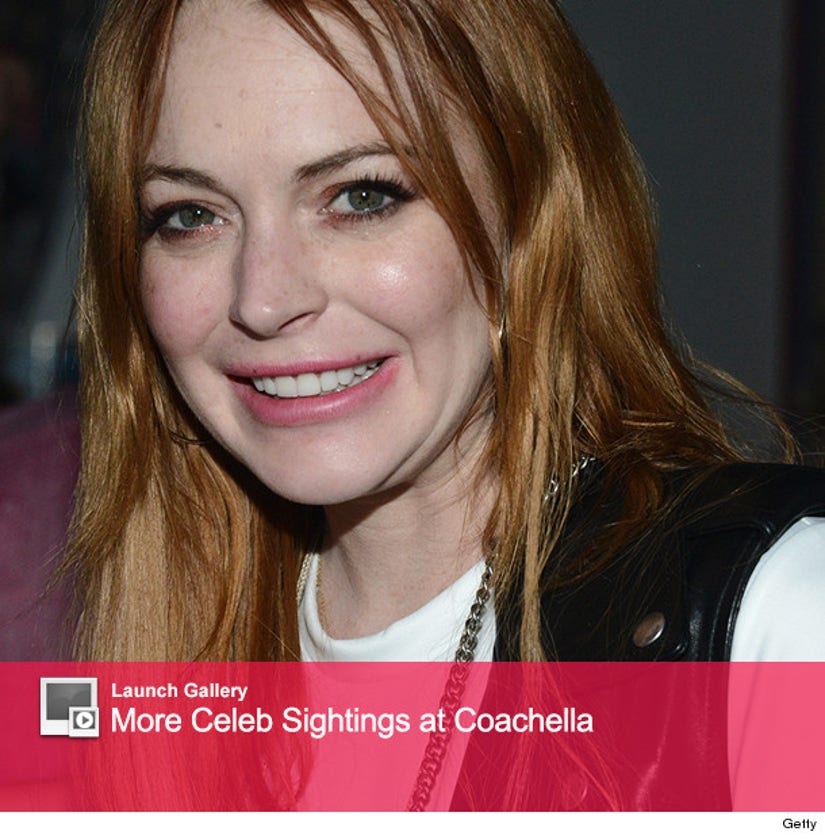 Though she didn't reveal any details on the rumored "Mean Girls" reunion, Linds says she still talks to a lot of the cast members.

"I am very close with Daniel Franzese and Rajiv [Srendra] and Lacey Chabert as well," she said -- adding that she talks to Tina Fey and Amy Poehler too.

"It would have to be really dark," she says of possibly doing a sequel.

4.) Many Men Will Be Jealous of What Her Eyes Have Seen

When asked who she'd rather see naked, Megan Fox or Tyra Banks, she quickly replied Megan -- but added that she'd already seen both of their naughty bits already.

FYI: Fox and Lohan worked together in "Confessions of a Teenage Drama Queen" back in 2004, while Linds costarred with Banks in the TV-movie "Life-Size" in 2000.

5.) She Has a Bone to Pick with Rosie O'Donnell

After hearing that Rosie called her reality show "a tragedy on every level," Lohan simply quipped that O'Donnell must be "bored" if she's speaking out about the series.

Rosie quickly responded on Twitter, saying "bored ? I have 5 kids - hard 2 be bored. I have concern about ur health - as many do - u have had a rough road. it's hard to watch ur show Lindsay without feeling the desire to help and protect u - from others - from urself."

When asked what her "Real Housewives" tagline would be, Lindsay had a pretty awesome response: "I'm done with mugshots and I'm ready for my Oscar."

Think she'll ever get one? Sound off below!