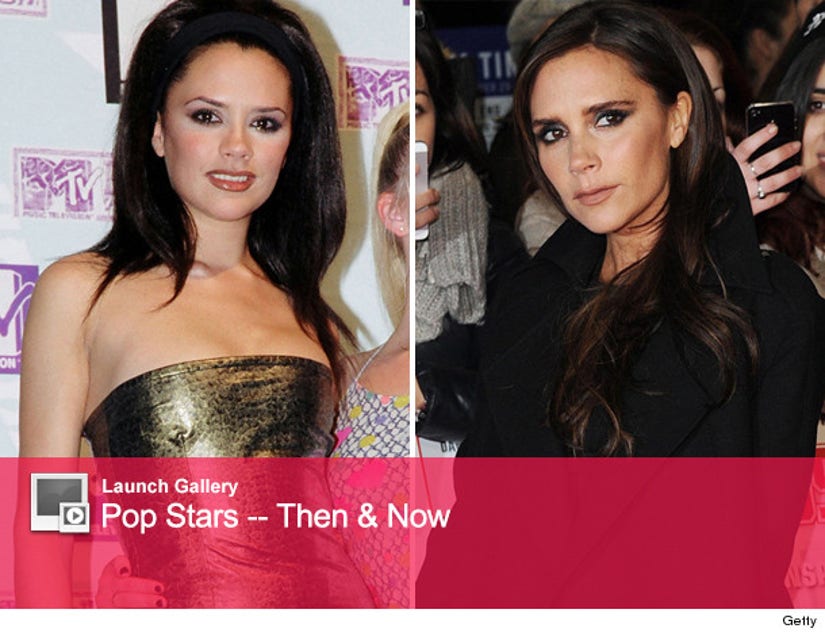 After sky-rocketing to fame with their first single "Wannabe," the Girl Power advocates went on to release three more albums together before disbanding in 2000.

In the midst of a wildly successful singing career, Victoria married soccer stud David Beckham in 1999 and they eventually had four adorable children together.

These days, the brunette beauty is better known for her fashion sense rather than her vocals skills. In 2008, the former singer debuted her eponymous clothing line, which received rave reviews from critics.

Though it looks like Posh has found her calling as a fashion designer and style icon, we'll still keep our fingers crossed for another Spice Girls reunion.

Happy Birthday, Victoria -- click "Launch Gallery" above to see even more of your favorite '90s pop stars then and now!

And look at the cute photo she shared on her special day below: