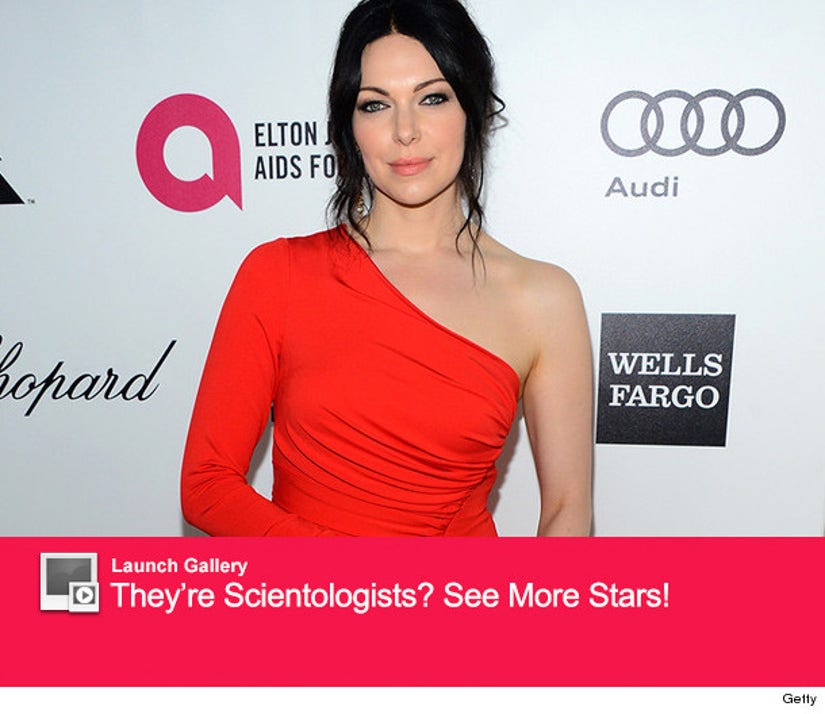 In case you didn't know, the "Orange Is the New Black" star is also a Scientologist -- something that comes with its fair share of controversy and misconceptions.

"The thing that sucks is that there's so much false data because people are in mystery as to what Scientology is, so they just kind of make up stuff," Prepon says in a new interview with She Knows. "It's kind of unfortunate because then I have to be like, 'No, that's actually not what's happening.'"

"It's just so funny that, when people don't know, they just make stuff up, [like], apparently I'm dating Tom Cruise right now," she says. "And apparently he doesn't want me doing the show because I portray a lesbian and I'm a Scientologist. This is false; where are they even getting this stuff? It's unbelievable to me."

"I'm flattered because I think he's hot so I'm like, 'Oh, that's nice,' and apparently he's very gentlemanly with me," she also tells The Daily Beast. "Apparently we get along great and he knows that I have a favorite bottle of wine that I didn't even know I had. So, apparently he's on cloud nine."

It's the anti-gay part of the story that's particularly troubling to Prepon, who says she has nothing but love for the LGBT community.

"I am a huge supporter of the LGBT community. I'm going to the GLAAD Awards in a few weeks. I went to the human rights campaign. I flew up to San Francisco and did this whole thing and I won this award [for] being a straight woman portraying a gay woman on camera," she continues. "I'm a total supporter of the LGBT and they are an amazing fan base."

Check out Prepon in action in the first trailer for Season Two of "Orange Is the New Black" below. It drops on Netflix June 6.