In the new music video for "Sheezus," the British pop star calls out a number of top divas including Rihanna, Lady Gaga, Katy Perry, Beyonce and Lorde. In the cheeky lyrics, she demands that these Hollywood hitmakers hand over their thrones as she sings "give me that crown, bitch."

"RiRi isn't scared of Katy Perry's roaring/ Queen Bey's gone back to the drawing/ Lorde smells blood yeah, she's about to slay you/ Kid ain't one to f--k with when she's only on her debut/ We're all watching Gaga, LOL haha, dying for the art so really she's a martyr/ Second best will never cut it for the divas/ Give me that crown, bitch/ I wanna be Sheezus," the outspoken songstress says in the song.

While the lyrics may seem like a diss to these ladies, the mother-of-two spoke with MTV News last month and said that the single is meant to empower female pop stars to unite instead of competing against each another.

"Well the first verse of 'Sheezus' is about me reentering the music scene and how kinda scary that is. And I guess the chorus talks about other people who exist in the scene and that women tend to be kinda played off against each other and it's sorta sold to us or the way I read it is there is a queen and everyone else is in there kind of slip stream or whatever," she explained. "And I guess what it's trying to say is that we can all be Sheezus."

We aren't sure how these other performers will react to this video -- we'll have to wait and see!

What do you think about Lily's lyrics? Tell toofab and click "Launch Gallery" below to see more celebrity feuds. 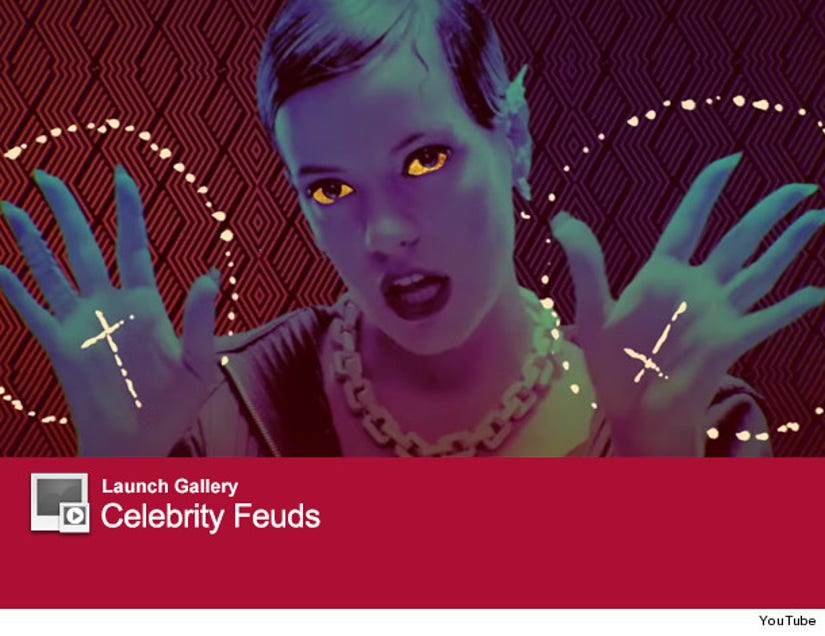