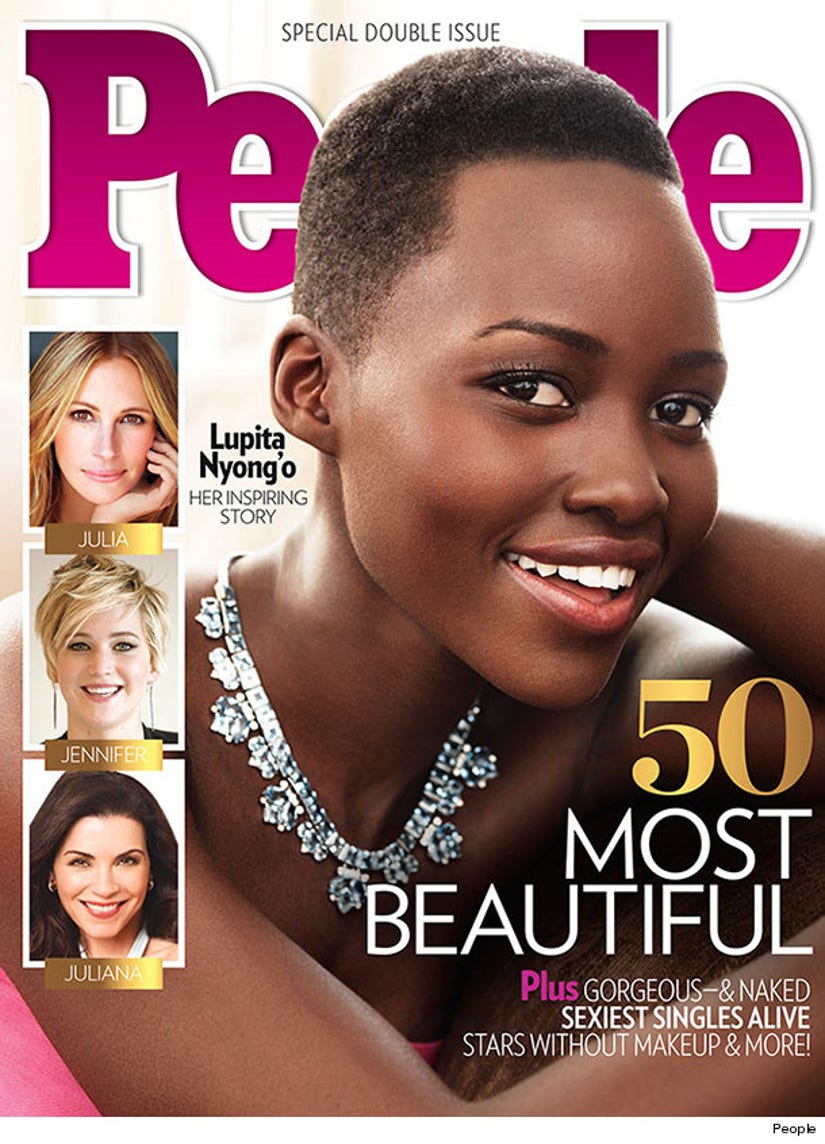 The "12 Years a Slave" star succeeds Gwyneth Paltrow for this year's title, marking her first appearance on the magazine's cover. The news was revealed on NBC's "Today" on Wednesday.

"It was exciting and just a major, major compliment," the Oscar-winning actress says of gracing this year's cover. And especially, "I was happy for all the girls who would see me on [it] and feel a little more seen."

Born in Mexico and raised in Kenya, the 31-year-old first defined beauty with what she saw on television: "Light skin and long, flowing, straight hair," she says. "Subconsciously you start to appreciate those things more than what you possess."

Her mother, Dorothy, "always said I was beautiful," Nyong'o adds. "And I finally believed her at some point."

So, what does Lupita say is the best compliment she's gotten?

"When I have been called beautiful with not one drop of makeup on," she explains. "And also before I comb my hair or put on a pretty dress. Happiness is the most important thing."

We think Lupita is the perfect choice!

What do you think of her "Most Beautiful" cover? Sound off below!