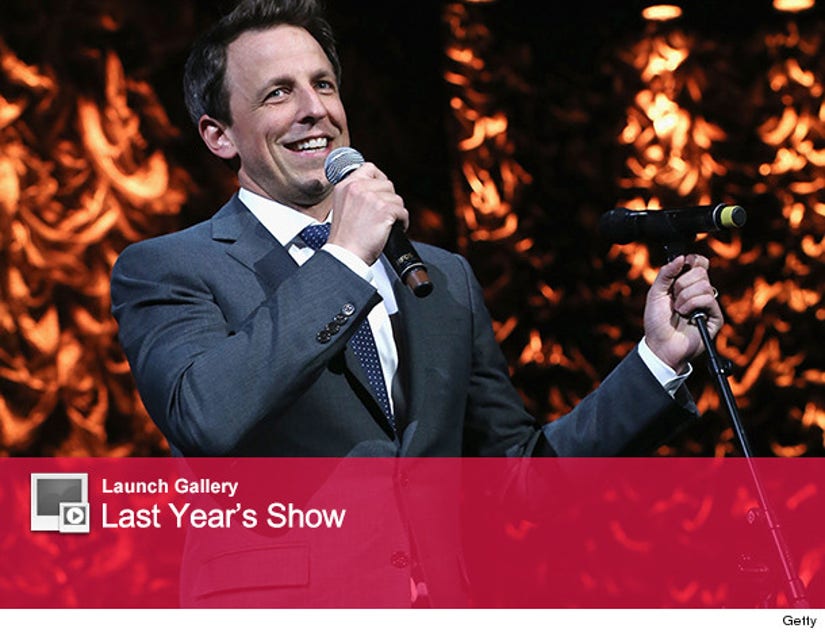 NBC announced late Thursday that the "Late Night" funny man has been tapped to host the 2014 Primetime Emmy Awards.

"Seth's expertise and ease in front of a live audience during his time at 'SNL,' as well as his comedic brilliance both as a writer and in front of the camera on 'SNL' and 'Late Night,' makes him the perfect choice to host the Emmys," Paul Telegdy, the network's president of late night and alternative programming, said in a statement.

This will be Meyers' debut as an Emmys host.

Do you think Meyers is a good choice? Tell toofab in the comment section below, and click "Launch Gallery" above to see the best behind-the-scenes moments from last year's show!