The emotional wounds are still fresh for Paul Walker's family.

The late actor's brother, Cody Walker, did a new interview with the AP to help promote Paul's final completed film, "Brick Mansions" -- and it's tough to watch.

"Right now, not a whole lot of time has gone by yet," says Cody. "It still doesn't feel real because sometimes, woking in this industry making films, he'd be away from his family, three, four, six months at a time and my only interaction would be a phone call. It's gonna take a few years until it even feels real."

This is Cody's first real time speaking to the press since Paul died in November.

"Anyone that's ever met Paul, he's so low key, lived such a modest life," Cody adds, starting to get choked up. "He would tell me how jealous of me he was because I still had my anonymity. He's like 'I can't just go to the movies and catch the film I want to see, you still got that man.' It was so funny to hear that come from him."

Watching the clip, the resemblance between the two brothers is incredible -- right down to the way they talk.

It's easy to see why Universal decided to use both Cody and their other brother Caleb to help complete the upcoming "Fast & Furious 7," which Paul was working on when he died.

The brothers were recently spotted with the rest of the cast in Dubai, where filming is still going on. Check out some photos from their visit below! 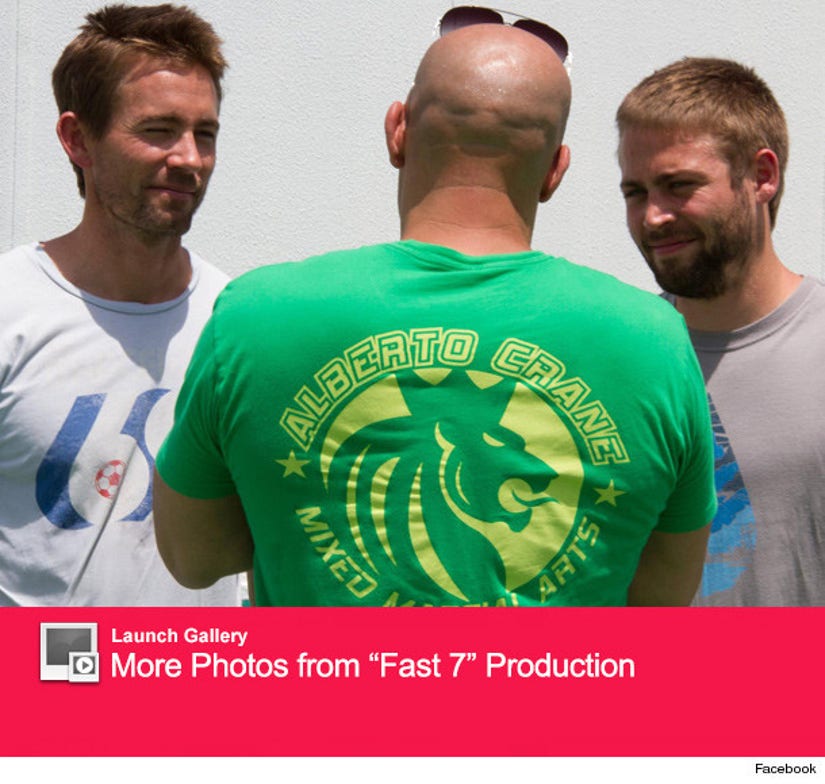