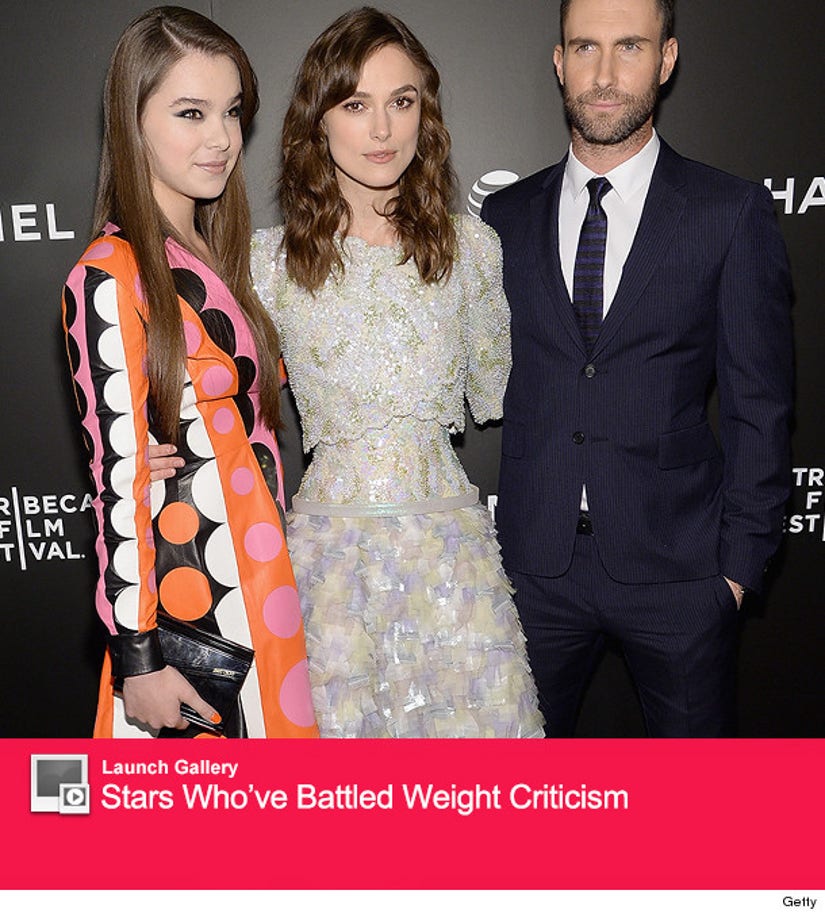 The skinny star looked thinner than usual on Saturday evening at the Tribeca premiere of her latest film, "Begin Again" -- sporting a Chanel dress that cinched in her already slim waist.

It's hard not to notice her corseted midsection as she stands between Hailee Steinfeld and Adam Levine on the red carpet, wearing a sparkly gown that seems to billow out everywhere else.

This isn't the first time the actress has worn one of these illusion dresses either. 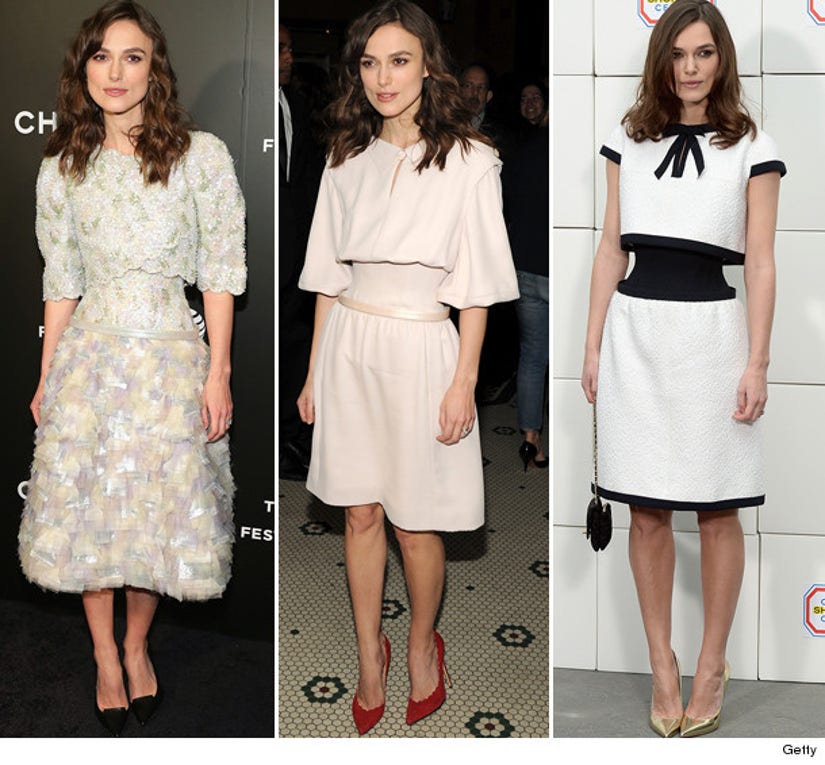 Knightley, who has been the face of Chanel since 2007, worn another tummy tightening look to a dinner for the brand last night as well (middle) -- and sported the most shocking version of the look at the Chanel runway show at Paris Fashion Week back in March (right).

What do you think of these waist-cinching dresses? They appear to have the same effect as a bandage dress, but also show off some strange proportions.