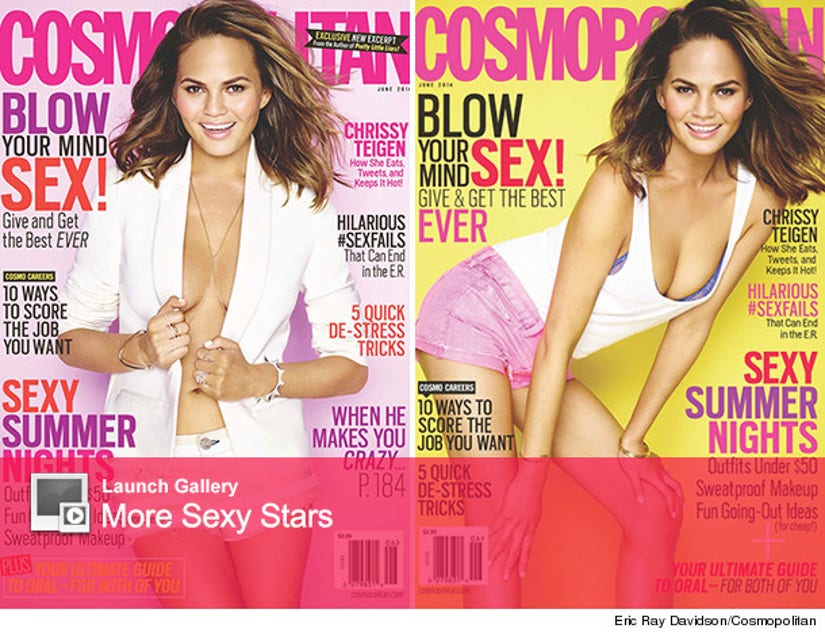 Chrissy Teigen isn't afraid to show a lot of skin!

The stunning supermodel is gracing the cover of the June issue of Cosmopolitan, where she strips naked for a bubble bath and spills secrets about her sex life with John Legend.

The Sports Illustrated model remained relatively clothed on her three separate covers of the mag, but inside the pages, she took it all off!

In one snapshot, the 28-year-old posed naked and covered in soap in a bathtub, sporting only a blue and white striped bandana and a huge grin. 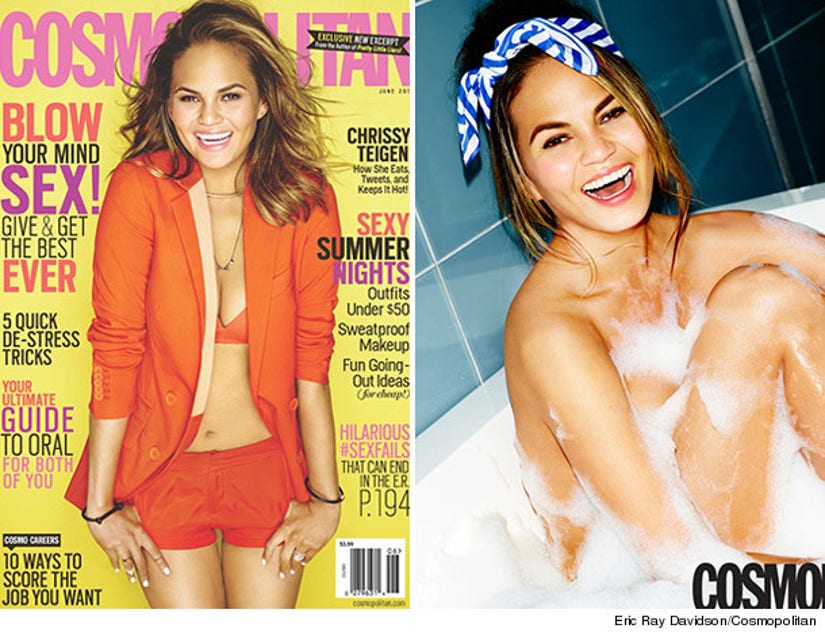 In her interview, Mrs. John Legend opens up about married life, PDA and having sex with her dreamy hubby.

"We're by no means freaky-deaky, but let's just say, we're open to things," the brunette beauty says. "We're very okay with PDA. When we go to a restaurant, he loves when I wear a dress, so he can do some upper-thigh rubbing.”

The pair has no problem with opening up about their relationship, and Teigen even offers some juicy details on how they first met in 2007.

"I'm not going to lie. We hooked up," she admits. "[When he went on tour] I left him by himself for a while. The worst thing you can do is try to lock someone like that down early on, then have them think, There's so much more out there. I played it cool for a long time. Never once did I ask, 'What are we?' Marriage was never my goal, because I've never been very traditional. I was just happy to be with him."

The duo makes sure to keep things hot in the bedroom. So, where's the craziest place they've had sex?

"We were on our way to Thailand to see my parents, flying commercial first-class. We were under a blanket," she explains. "We weren't even in one of those pod things. I feel like we should get a trophy for that."

That would be some trophy!

Check out Chrissy's full interview in the new issue of Cosmo, on stands May 6, and click "Launch Gallery" above to see more sexy stars.