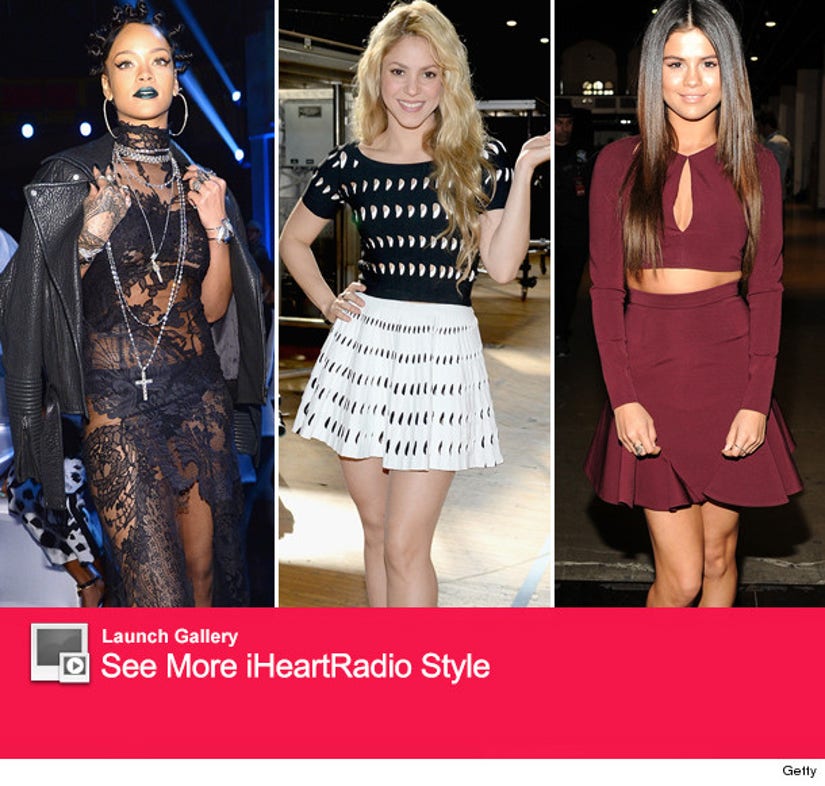 Looking like a goth Cynthia from "Rugrats," Rihanna stole the show on Thursday night at the iHeartRadio Awards in Los Angeles.

Sporting a lace "dress" that exposed her underwear and a ton of bare skin, the singer also sported a head of hair knots, giant hoop earrings, green lipstick, leather jacket and a giant silver cross necklace.

Yeah, it's a lot of look ... and has drawn comparisons online to the aforementioned doll, Mel B, Marlon Wayans and Crazy Eyes from "Orange Is the New Black."

RiRi also attracted some major attention by not being there in the first place. When she won the Hip-Hop/R&B Song of the Year trophy, she was totally MIA -- with Pitbull accepting the award on her behalf. An announcer later said that she was "stuck on the 405," AKA in traffic.

When she finally did show up, she at least her outfit was memorable. The same can't be said for everyone else, as the rest of the stars showed up in a lot of ho-hum ensembles.

And then there's Selena Gomez, who was rocking one strange looking tan. Cool it on the bronzer!

Check out the gallery above to see what the rest of the stars looked like, including Hilary Duff, Paris Hilton, Jared Leto, Ashley Greene and many more!

Did you watch the show tonight -- what did you think?