Amy Poehler is a thief, apparently!

Over the last few episodes of "Late Night," Seth Meyers has been updating the audience on a delightful story involving the "Parks and Recreation" star.

What started as a simple mix-up -- they accidentally swapped credit cards when splitting a dinner check -- has turned into something much more ridiculous. 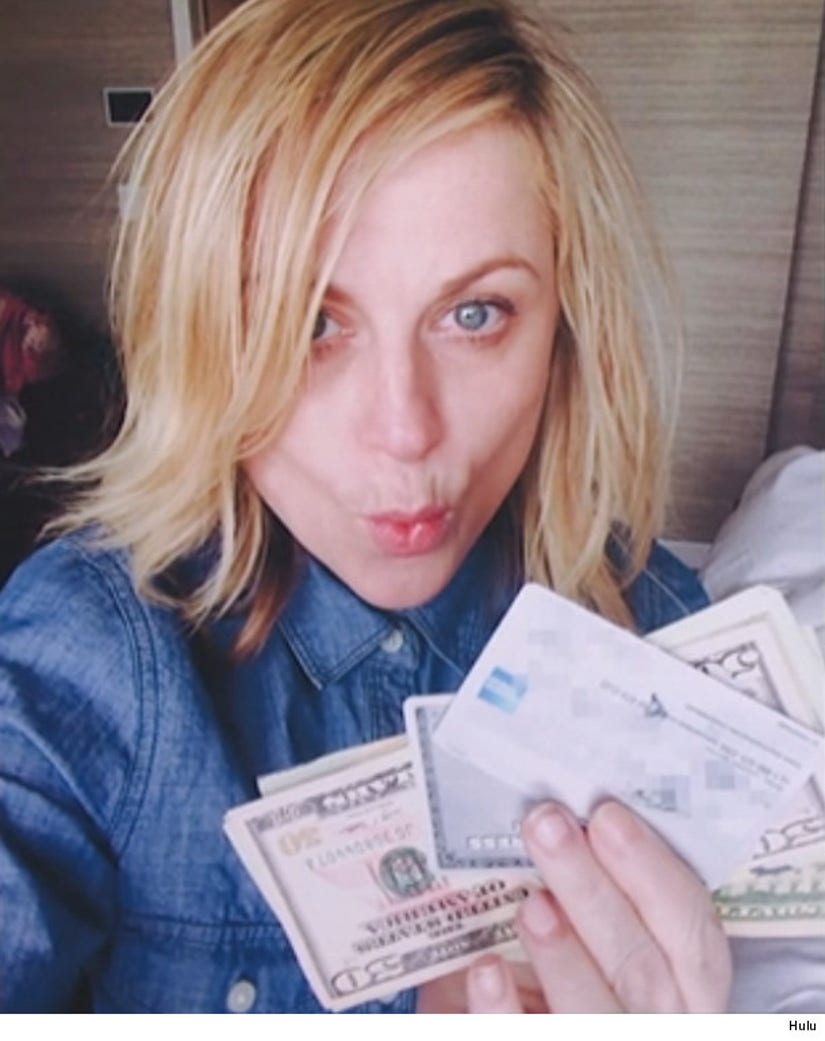 Here's how it all happened. Once the late night host realized the mix-up, he made a plan with the actress to messenger the cards to each other. Meyers followed through; Poehler did not. Instead, after receiving her credit card, she took a selfie with the two credit cards and a fan of cash to send to Meyers with the hashtag “#upperhand.”

Watch the videos for Meyers' take on the ongoing saga of what he calls Credit Cardgate -- and to see how Poehler's been using his card for the past few days.