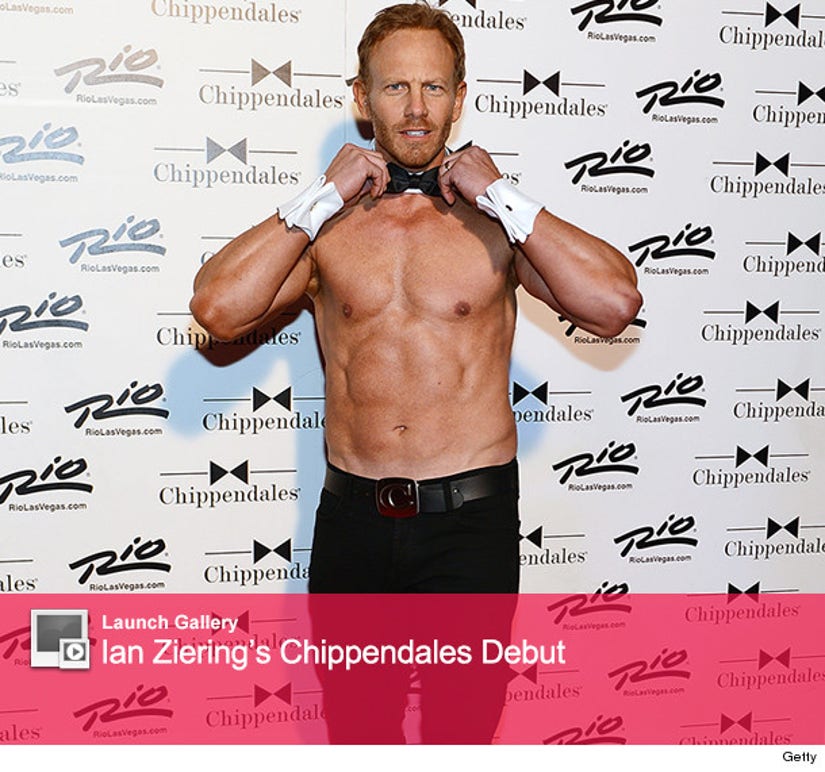 Former "Beverly Hills, 90210" star Ian Ziering will be busting out his impressive abs once again this summer, as toofab has confirmed the actor is returning to the Chippendales stage.

The 50-year-old actor will once again host the male review at the Rio in Las Vegas this summer from June 12 through July 19, timed with the release of "Sharknado 2: The Second One."

The movie is set to debut on Syfy on July 31.

This will be the second time Ian has showed some skin for the popular Sin City show. He previously performed with the guys back in June 2013.

Check out some photos from his last appearance above!