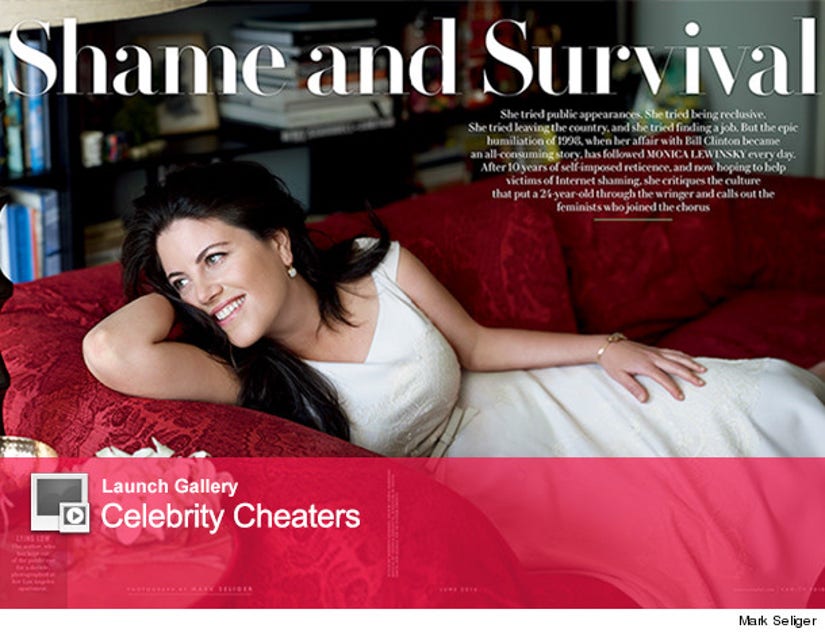 Monica Lewinsky is telling her side of the story.

The former White House employee opens up about her 1998 affair with President Clinton in the latest issue of Vanity Fair.

Lewinsky says that she wants to finally give "purpose to her past" when it comes to the relationship she had with the married President while he was in office.

"I am determined to have a different ending to my story. I've decided, finally, to stick my head above the parapet so that I can take back my narrative and give a purpose to my past. (What this will cost me, I will soon find out.)," she writes in the mag.

The 40-year-old reassures that her relationship with Clinton was between "two consenting" adults, but she did feel some abuse in the form of humiliation after news broke about the scandal.

"Sure, my boss took advantage of me, but I will always remain firm on this point: it was a consensual relationship. Any 'abuse' came in the aftermath, when I was made a scapegoat in order to protect his powerful position. . . . The Clinton administration, the special prosecutor's minions, the political operatives on both sides of the aisle, and the media were able to brand me. And that brand stuck, in part because it was imbued with power," she explains.

The brunette beauty adds that she was one of the first victims of Internet bullying, thanks in large part to the Drudge Report, which made Lewinsky's humiliation accessible to the world on a global scale.

"It's time to burn the beret and bury the blue dress," she adds.

What do you think about Monica's essay in Vanity Fair? Tell toofab in the comment section below and click "Launch Gallery" above to see even more celebrity cheaters!

Make sure to check out Lewinsky's full story when the issue hits stands May 13. And check out some of her greatest hits below!