Nicole Murphy is about to plunge into another season of "Hollywood Exes!"

Ex-wife of actor Eddie Murphy, the mother-of-five has put her nuptials to daytime TV host Michael Strahan on hold while they juggle their busy schedules. With Michael primarily in New York, the former model has plenty of things to keep her busy in Los Angeles though -- including raising her two youngest children, launching a new Moscato brand, and helping her friend (and new "Exes" costar) Shanna Moakler judge the Miss Nevada USA pageant.

toofab's Rachel Hoffman caught up with Nicole to dish about everything from this season's most dramatic moments to her current relationship with her very famous ex.

A trailer for the upcoming season of "Hollywood Exes" hints at the racial tension that emerges after Jessica Canseco insists that Black and White women can't be friends.

Murphy admitted that Jessica's comment wasn't intended to be racist, it was simply a "foot in mouth" moment.

"Obviously that's not true," the reality star says. "Jessica has no filter. She just says things and doesn't mean it. Jessica is not racist. I've known her for years -- she wishes she was black! This time, she put both feet in her mouth."

The 46-year-old beauty also gets into a heated argument with Mayte Garcia, but there is no bad blood between the longtime friends.

"She really made me mad, but now we're good," Murphy admits. "I've known most of the girls for years. Even though I was heated with Mayte, we have this sisterhood. We were able to make up in the end. But, there a certain girls who bump heads, who are not making up."

So, that's where all the drama comes in!

Nicole also talked about her secrets to maintaining her amazing post-baby body -- and revealed she'll be releasing her own fitness video.

Check out the video above to see what she says about maintaining a good relationship with her ex and their daughters Shayne and Bria's thriving modeling careers!

Watch "Hollywood Exes" Wednesday nights at 9:00 PM ET/ PT on VH1, and click "Launch Gallery" below to see the most shocking celebrity splits. 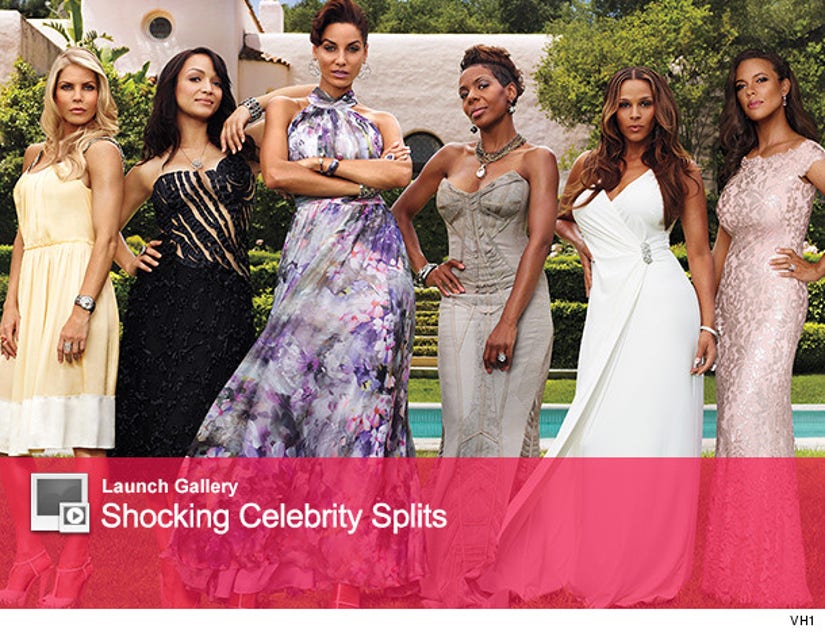