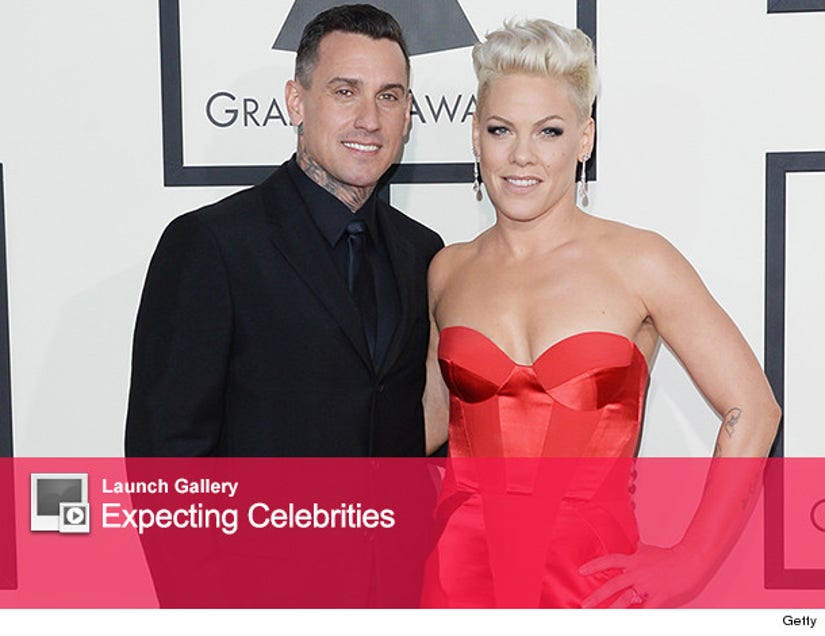 After rumors started swirling that P!nk is pregnant with their second child, the motocross pro took to Twitter to dispel the rumors with a crude joke about his manhood.

It started when OK! magazine asked if the couple if they were "hiding a big secret." The reason? A witness reportedly spotted Pink and Carey "cuddling, and he kept rubbing her tummy."

"Oh man, i was rubbing my penis yesterday, does that mean my d--k is pregnant?" Hart tweeted in response.

As for his wife, P!nk stayed mum but posted a cryptic message to her fans.

"It never fails: people will think you're crazy- but usually only when you're on to something good ;) do what makes YOU happy," the singer tweeted. "It crazy: record deal. Ur crazy: missundaztood. U crazy: marry mr hart. This is crazy: TBD etc etc," she added.

The couple has one child together, 2-year-old daughter Willow.

What do you think of Hart's crude message? Tell toofab in the comment section below, and click "Launch Gallery" above to see more stars who are expecting!