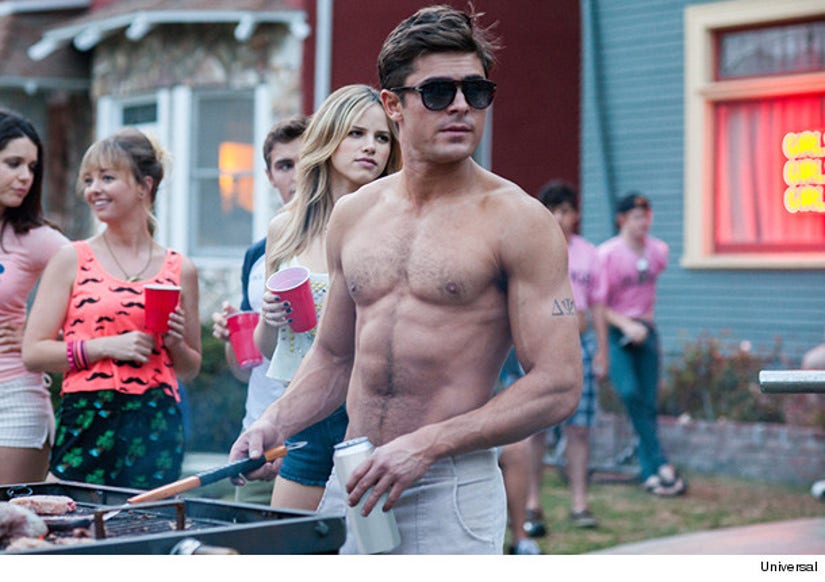 In "Neighbors," a ridiculously rowdy frat takes up residence in the home next to Seth Rogen's family -- leading to an all-out turf war between the two houses.

But, when we talked to the cast about who their nightmare neighbors would be, they all agreed that there are far worse people who could move in next door than the often-shirtless Zac Efron.

toofab's Brian Particelli caught up with Dave Franco, Jerrod Carmichael and Ike Barinholtz at SXSW in Austin, where the movie made its big debut -- and Efron's antics don't hold a candle to the people they would hate to have in their neighborhood.

"Lindsay Lohan would be a rough one," said Ike, who justified it by saying he'd have paparazzi waiting outside his house at all hours. "But how can you say she's worst than Ariel Castro? Like yeah, there are paparazzi, but with the other one you might end up in some kind of weird f**ked up s**t."

After thinking about it a little more, he still went with the actress-turned-reality star, saying "I'm going to stand by Lindsay Lohan [as the worst neighbor]."

As for Franco, check out his answer in the video below. Let's just say Lindsay is in VERY bad company.

It wasn't all murderers and mayhem though.

We also asked them who they'd love to share a fence with -- and it's clear they love their costars.

"I would say Seth," said Ike. "He's a super nice guy who keeps to him self and smokes a ton of weed. If you run out of weed he could lend it to you. He's always down for getting food."

Franco also picked one of the "Neighbors" crew, saying "I'll have to go with my buddy Chris Mintz-Plasse. I'll take him as close as possible!"

And Jerrod ... he picked the one and only Oprah.

"I want to live next door to Oprah because it's Oprah. I could just get food from her garden!"