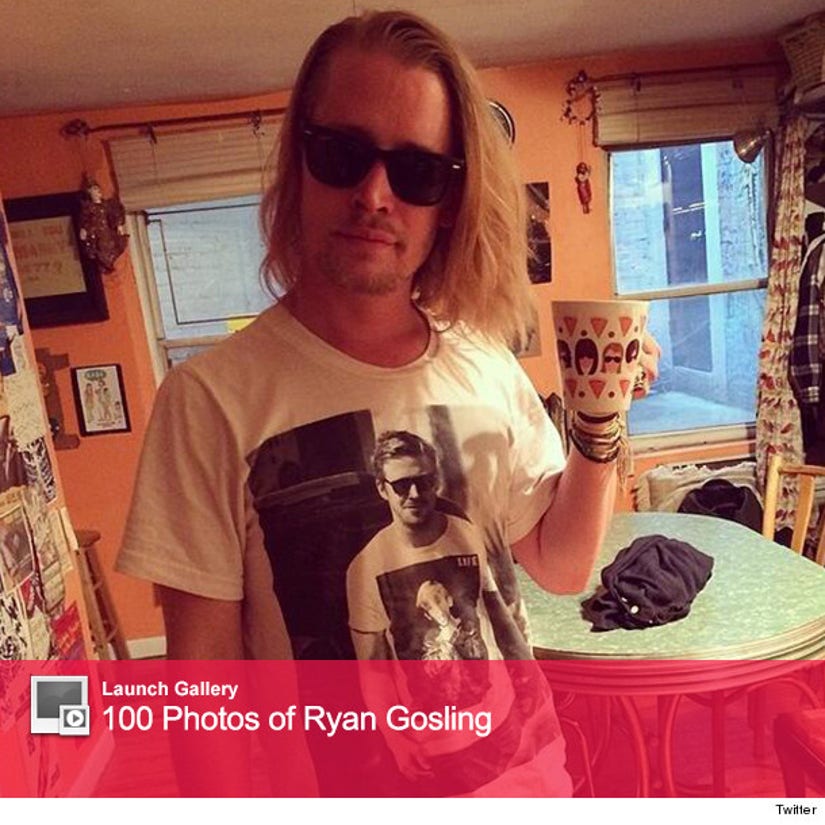 Is there a bromance brewing!?

In the snapshot, Culkin is sporting a t-shirt with a photo of Gosling wearing a Macaulay t-shirt.

He's clearly paying homage to the "Gangster Squad" star, who was snapped last year wearing a similar white T-shirt, one that was adorned with a black-and-white photo of Culkin from his "Home Alone" days. The original image of Macauley on Ryan's shirt is a retro shot from the cover of Life Magazine.

The former child star has taken a break from acting to focus on Pizza Underground, which is a pizza-themed Velvet Underground tribute band.

What do you think of this Culkin-Gosling connection? Tell toofab in the comment section below, and click "Launch Gallery" above to see 100 photos of Ryan Gosling.