And we thought Christian Bale's Batman was buff!

Ben Affleck put his superhero muscles on display after a lunch meeting in Brentwood on Tuesday.

The hunky actor looked cool and casual in a blue tee, jeans and sneakers -- and we don't mind how tight that shirt is!

The 41-year-old was spotted on the same day that the first look at his new Batman costume was revealed. Zack Snyder, the director of the upcoming "Man of Steel" sequel, took to Twitter to share a sneak peek photo of Ben as Batman.

While some questioned whether the actor was actually that buff or it the muscles were padded, it's pretty clear the actor has been hitting the gym for the role. 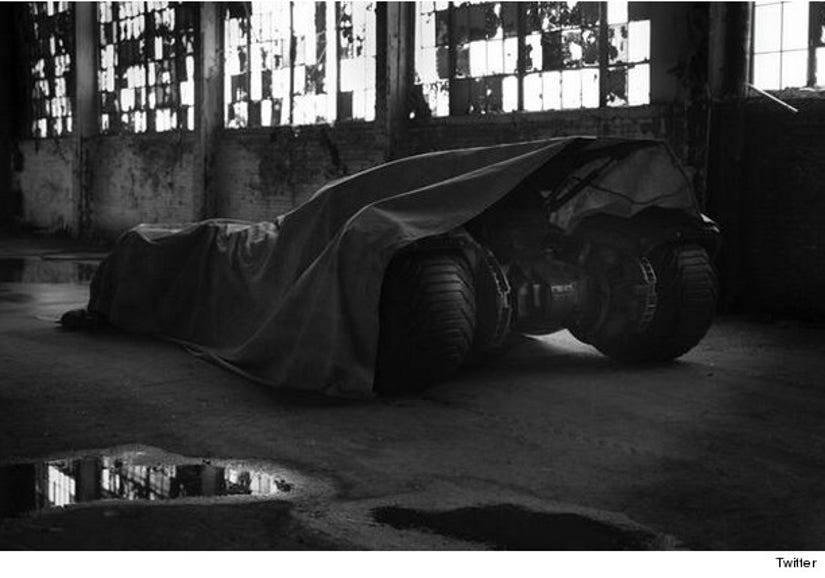 Snyder also posted the first photo the Batmobile. The design looks similar to the military tumbler of Christopher Nolan's trilogy ... but with the silhouette of earlier films.

The "Man of Steel" sequel is scheduled to arrive in theaters in May 2016.

What do you think of Affleck as the new Dark Knight? Tell toofab in the comment section below, and click "Launch Gallery" above to see more sexy superheroes!