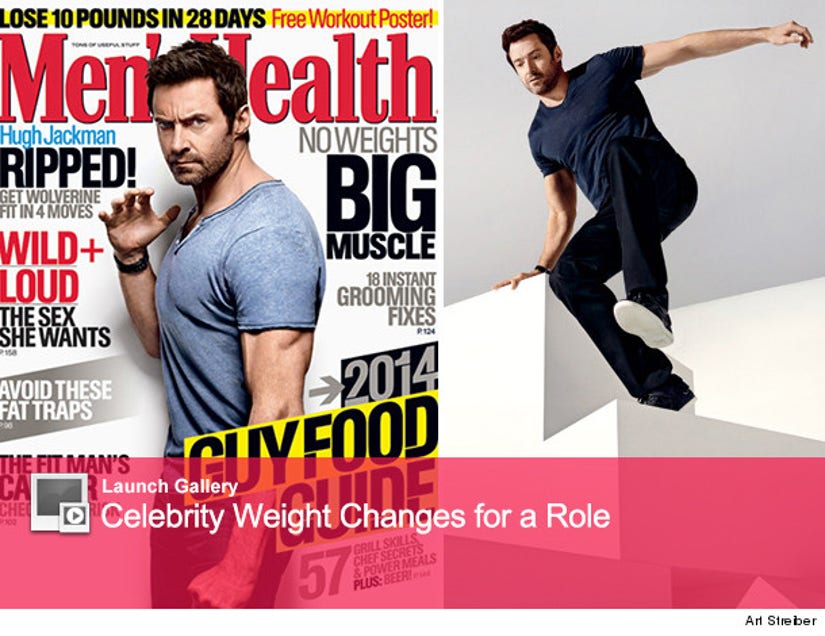 The "X Men: Days of Future Past" star covers the latest issue of Men's Health where he opens up about preparing for his naked scene in the comic flick and staying in shape now that he's 45-years-old.

When it came down to stripping on-screen, Hugh made sure that he was totally ready for his close-up!

"There's a naked shot in this one," he says. "Not front naked – it's PG-13 – but full-body. So I made it very clear that I wanted to know the date I'd be shooting that stuff. That was May 21. And I remember about three weeks before that, I hear, 'Oh, we're having some trouble with the day, we might push it off a few weeks,'"he explains. "I said, 'Absolutely not! I don't care, you can push anything back you want, but I'm naked on that day!" 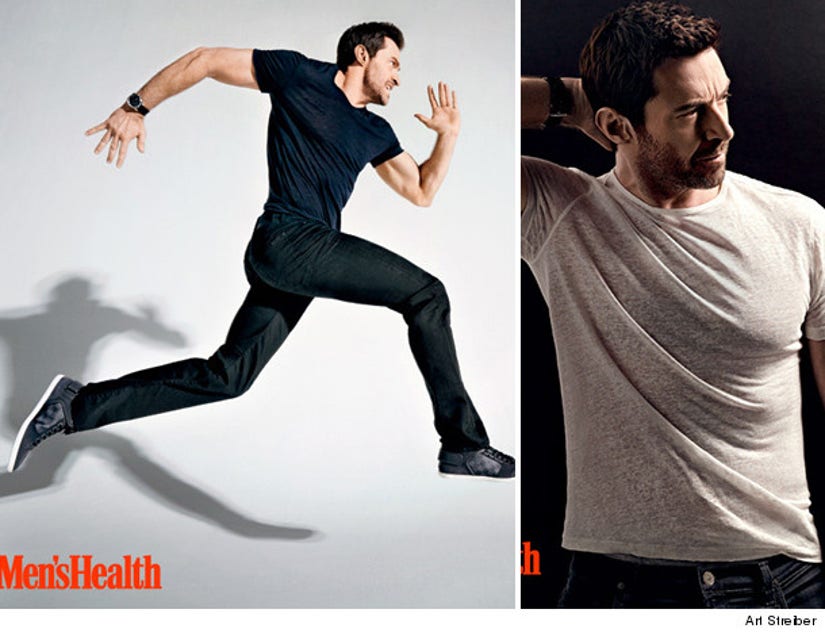 Jackman also reveals how his training regimen has changed now that he is in his 40s.

"It's tempting to just go and do yoga, or swim, or play tennis. But being skinny, I'll lose the muscle like that. I know how hard it is to get back. And by the way, it's harder at 45 than it was at 30. Even now, I'm noticing the weight starting to go down. You have to work hard.," he reveals. "It sucks."

And even Wolverine has an off day on-set here and there. "Even if you have a bad first take, don't let that screw up the whole day," he says.

"I remember studio people saying, 'We're not quite seeing what we saw in your audition.' [Director] Bryan Singer's coming over to talk to me. I thought this was a prelude to being fired. Right then I made a very clear decision to do what I thought was right. If I didn't like the script, change the script. If I didn't like the action, change it. But it needed to come from me so if I got fired, I was not doing what I thought people wanted – just what I wanted to do. About three days into that, I remember catching Bryan's eye, and I could just tell that he was like, 'That's the guy I hired.'”

The "Les Miserables" actor has always had a strong sense of self, too. Even when he was just starting out in Hollywood, Jackman didn't take BS from anyone -- even his directors!

“[After being yelled at on-set] I took him aside and said, 'If someone on the street [was] talking to me that way, I'd punch him in the head. So if you continue, that's what's gonna happen.' You can't be afraid to lose something for what you think is right,” the "Prisoners" star explains.

What do you think about Hugh's candid comments? Sound off below and click "Launch Gallery" above to see even more stars who've transformed for a role!

Make sure to pick up the new issue of Men's Health on stands now!