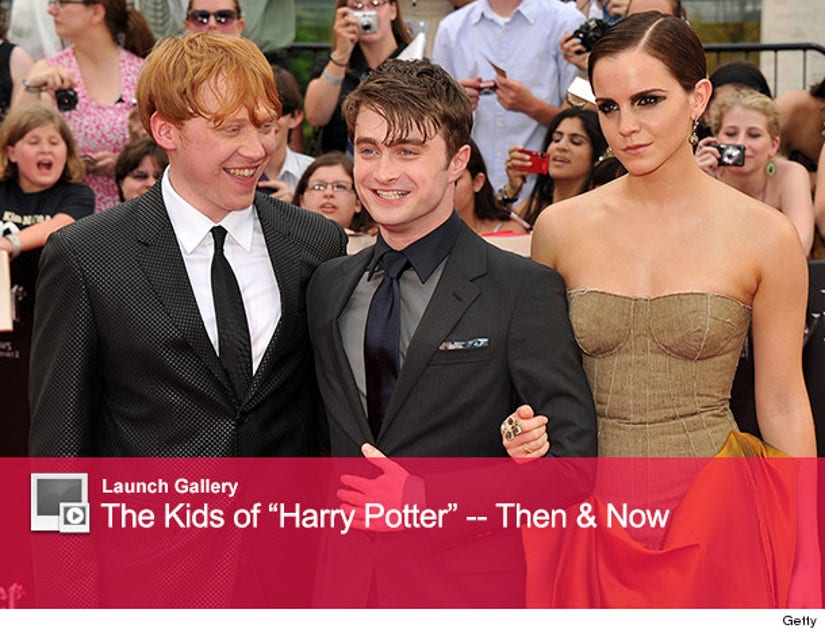 Your favorite "Harry Potter" trio is back together again!

Daniel Radcliffe, Rupert Grint and Emma Watson (Harry, Ron and Hermione) will appear in new footage that will play during an upcoming Harry Potter Ride at Universal Studios in Orlando.

The 3-D ride called "Harry Potter and the Escape from Gringotts" is set to open this summer, the theme park announced Tuesday.

"Harry, Ron and Hermione break into Gringotts bank to retrieve a magical object that will help defeat Lord Voldemort," according to a Universal Orlando press release.

It will feature a recreated scene from the final "Harry Potter and the Deathly Hallows" movie and will be the main attraction inside "The Wizarding World of Harry Potter—Diagon Alley" attraction.

In other "Harry Potter" news, the spin-off film, "Fantastic Beasts and Where to Find Them," will be released in theaters on November 18, 2016.

Are you excited for all of this big news? Tell toofab in the comment section below, and click "Launch Gallery" above to see the kids of "Harry Potter," then and now!