Three months before celebrating their one-year anniversary together, Amanda Seyfried is finally opening up about her relationship with boyfriend Justin Long.

During an upcoming appearance on "The Ellen DeGeneres Show," the actress talks about the couple's low-key life and which reality television series they can't stop watching.

"We do everything together," Seyfried says, adding, "But, we don't do much. We walk my dog. We make these smoothies in the morning—they're called 'Greenies.' He got me into that. Super healthy."

"And then we watch 'The Bachelor' and 'The Bachelorette.' In fact, it's kinda a big week next week. Anybody a fan of Andi?" the blonde beauty asks the audience. "Me too," she says, referring to Andi Dorfman. "It's about to blow your mind. I'm so excited about it."

Who knew they were such big "Bachelor" fans!

The "Million Ways To Die In The West" star realizes many contestants are just looking to be on TV. "It got nuts. It's the most unnatural setting of all time for humans," she says. "It's a train wreck. And there's some great people on it and there's some not so great people." She adds, "I feel really guilty about it sometimes, but then other times you really want them to be happy and find love. Maybe not so much the last season, but..."

Watch the clip above to see what else she said about the bad boy "Bachelor," and click "Launch Gallery" below to see all the stars at the premiere of "A Million Ways To Die In The West!" 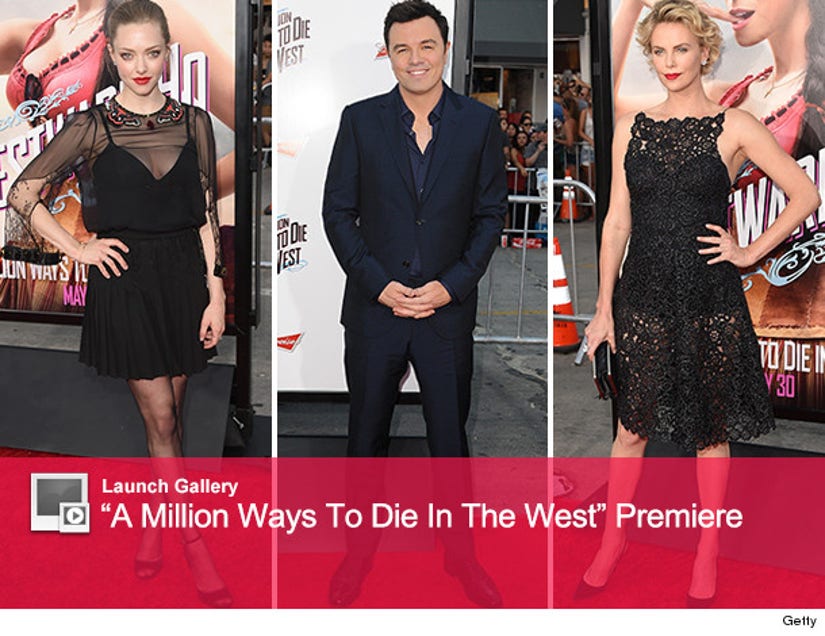