During an appearance on "The Arsenio Hall Show," the "Beverly Hills, 90210" alum talked about her former costar Jason Priestley's memoir, in which he wrote about her diva antics.

Doherty, who played Priestley's sister on the hit show, had a reputation for being a bit of a bad girl on set.

She's friends with many of her costars now, but she didn't make the best impression back in 1990, when Fox executives sent the pair via private jet on a last-minute trip to New York City for a meeting with advertisers.

"I could not believe my ears at Shannen's very first words after she boarded," Priestley recalls in his book, "Jason Priestley: A Memoir.""Her butt had barely hit her seat before she said loudly to the PR person, 'Really? A town car? You send a town car to take me to the airport, not a limo?' She sighed a very put-upon sigh. I laughed, as I couldn't really tell if Shannen was kidding or not."

According to Priestley, "That was just the beginning. I looked on, becoming more uneasy by the minute as she began bitching about the short notice and the food on board and the temperature in the cabin and everything else." Doherty's list of demands only intensified after they arrived in the city, according to the actor.

So, are these diva accusations true?

Doherty isn't mad at Priestley. "It was so long ago and obviously I would have to refer to the hundreds and hundreds and hundreds of journals I have of every single day taking account of everything that happened. I always say that everyone has their own version of the truth and memories are very funny things," she said. Regarding that particular excerpt, she said, "I've always hated limos...I think limos are weird and you can't talk to the driver because you're really far away...I love being social with people."

There seems to be two sides to this story!

Do you think there is truth to these diva rumors? Tell toofab in the comment section, and click "Launch Gallery" below to see your favorite "90210" stars, then and now.

Watch the clip below to see what she thinks about Tori Spelling's docu-series, "True Tori!" 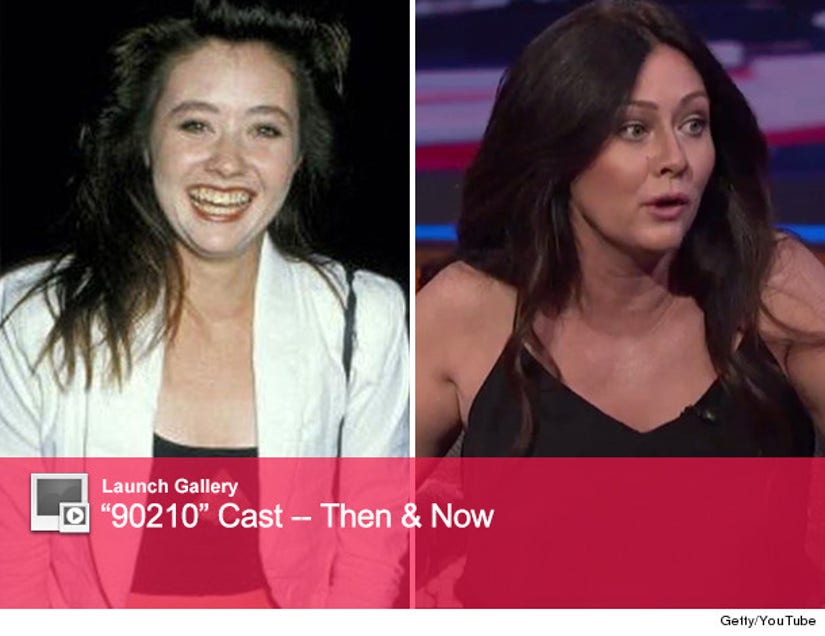