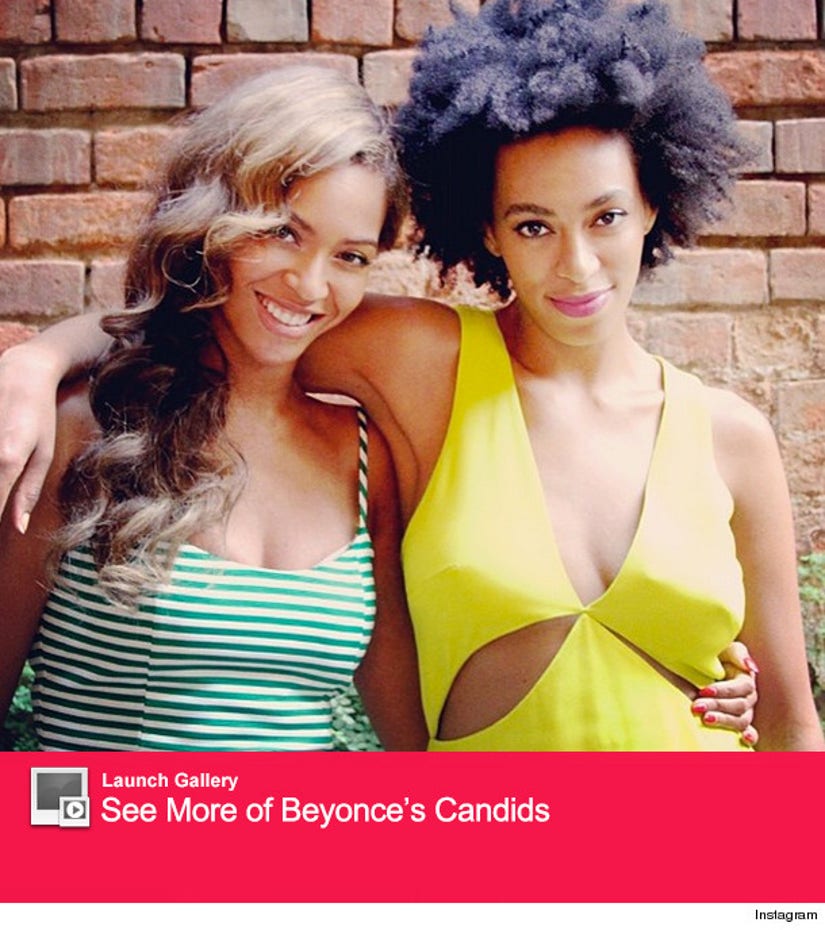 Beyonce and Solange Knowles are really trying to prove they've put that infamous elevator fight behind them.

The two were just seen together for the first time since the incident, which went down after the Met Gala on May 5. Beyonce shared the photo above herself on Saturday, simply captioning it "New Orleans May17th 2014."

By making it clear that it's a new pic, the two are showing some solidarity in the wake of Solange's attack on Jay Z. Beyonce has also been seen out with her husband since the scuffle, so it seems like everything is all cool there too.

Now all we need is a photo of Solange with the rapper -- where's he at?

All three of them issued a joint statement last week, read it in its entirety below:

"As a result of the public release of the elevator security footage from Monday, May 5th, there has been a great deal of speculation about what triggered the unfortunate incident. But the most important thing is that our family has worked through it," they said in a statement to The Associated Press.

"Jay and Solange each assume their share of responsibility for what has occurred. They both acknowledge their role in this private matter that has played out in the public. They both have apologized to each other and we have moved forward as a united family."