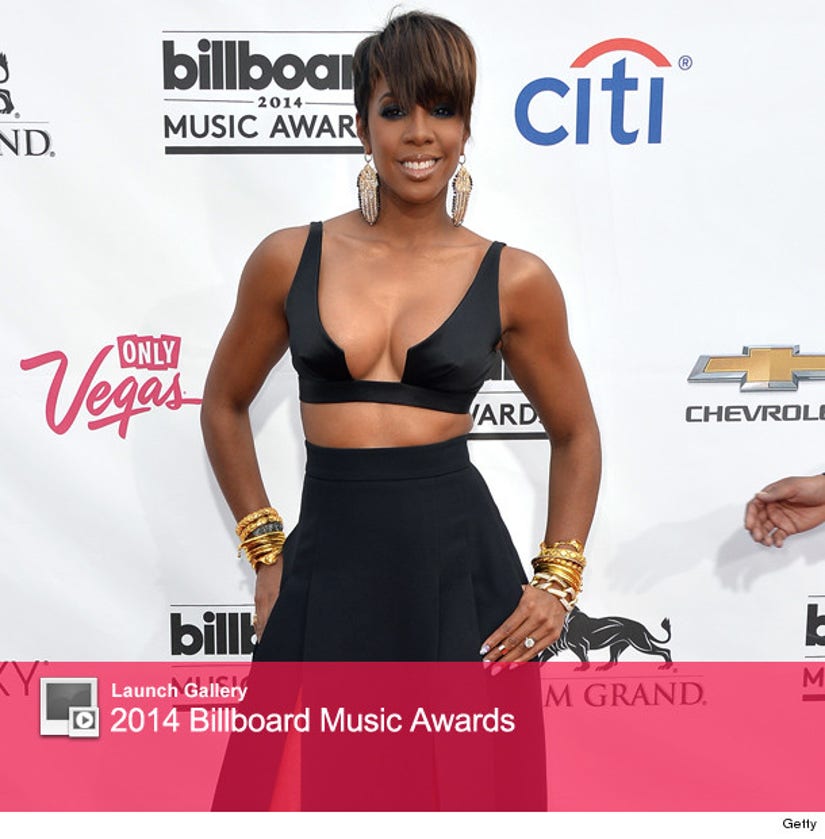 Kelly Rowland isn't afraid to show a lot of skin!

The singer -- who recently wed manager Tim Witherspoon in a private ceremony in Costa Rica -- narrowly avoided a wardrobe malfunction on the red carpet at the 2014 Billboard Music Awards, flaunting some major cleavage in a black bralet and a matching maxi skirt. She completed her racy ensemble her signature short 'do and stacks of gold bangles on both wrists.

She recently revealed to Shape magazine that she waited a decade before going under the knife to have her boobs done, in part, because of what she was told when she became an adult.

"I wanted to get breast implants when I was 18, but my mom and Beyoncé's mom told me to really think about it first," she said. "I took their advice and waited 10 years."

And Mrs. Witherspoon is not shy about flashing her gorgeous wedding ring, either, marking the first time we've seen with her band alongside her engagement ring.

The "Destiny's Child" star is set to present at the show later in the evening.

Check back with toofab to see all of the must-see moments from the show, and click "Launch Gallery" above to see all the stars on the red carpet at the 2014 Billboard Music Awards.