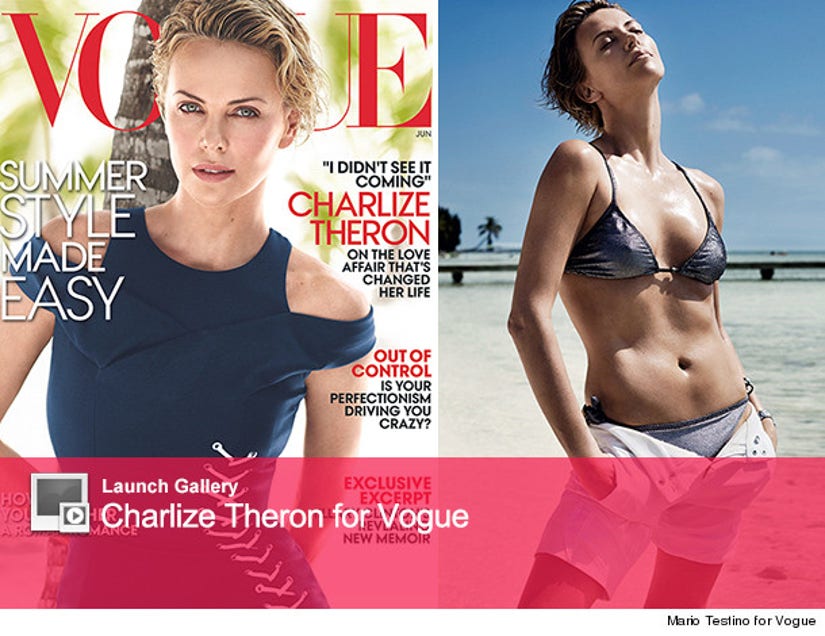 Charlize Theron is a lady in love!

The 38-year-old actress graces the cover of the June issue of Vogue, where she opens up for the first time about her relationship with Sean Penn.

"It just kind of naturally happened," she tells the mag. "And before I knew it, I was in something that was making my life better - the people who really love me can see the effect it has had on me."

The mother-of-one has spent the past few years happily single, and she says her long-time friendship with Penn unexpectedly blossomed into romance.

"Sean and I have known each other for eighteen years. We were just really good friends. And it's been slow going because you are aware that you could screw that up and lose it. We had to think about it. But at the end of the day, it was somewhat effortless," she added. "I know so well what I want to fit in my life. And the simple answer to that is: Unless he can make my life better? My life is really pretty f****** good.

Theron, who adopted Jackson in 2012, also talks about what she's learned about her son.

"He's super independent. His awareness just blows my mind," she reveals. "He picks up on things really quickly. Shy at first, and then you can't stop him. But it's the shyness that I love because it's kind of a pensive quality—he susses out the situation, and then he'll step in and join the group."

The South African stunner, who stars alongside Seth MacFarlane in "A Million Ways to Die in the West," is described by her costar as "fantastically magnetic."

"In our test screenings, people just adored her. She's just so infectious, so warm, so generous. It was such perfect casting," MacFarlane explains.

We can't wait to see them together onscreen!

What do you think about Charlize's candid comments? Tell toofab in the comment section below, and click "Launch Gallery" above to see more photos from Vogue.

Check out the video below to see a behind-the-scenes look at her cover shoot!