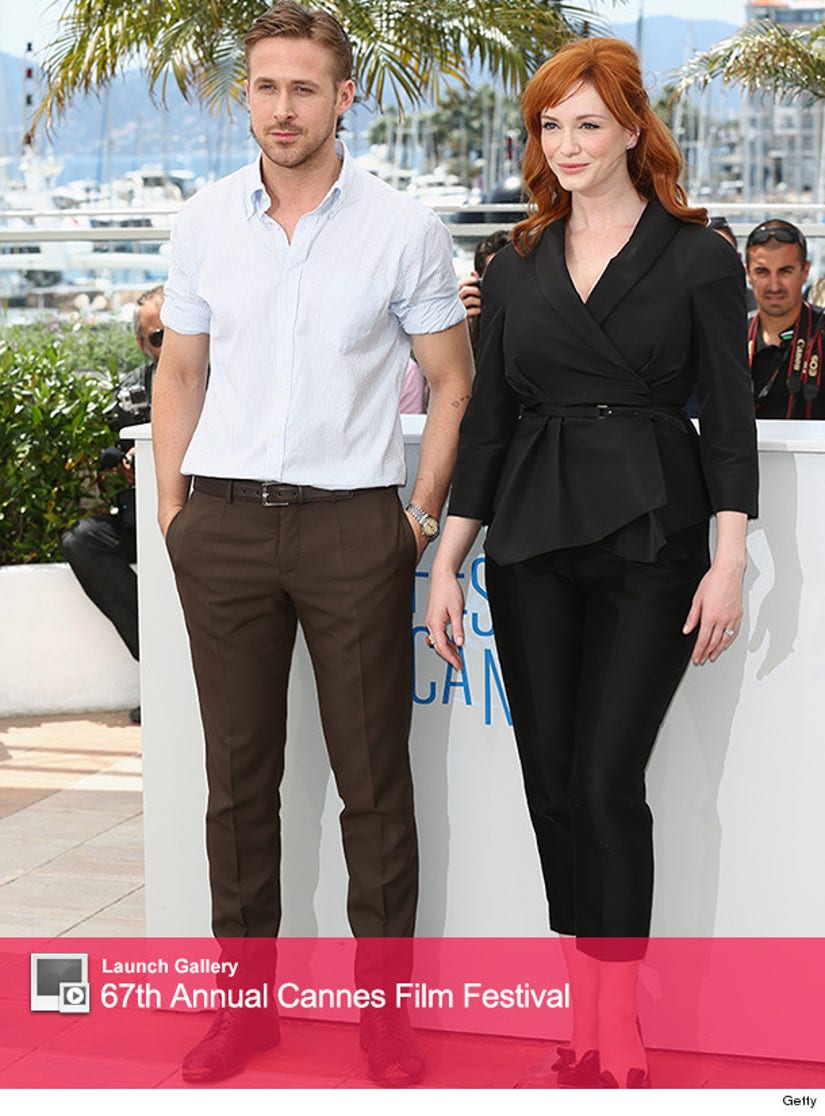 The 33-year-old star attended a photo call for his upcoming directorial debut "The Lost River," at the 67th Annual Cannes Film Festival in Cannes, France on Tuesday.

How sexy does the "Drive" star look directing on-set (below)? 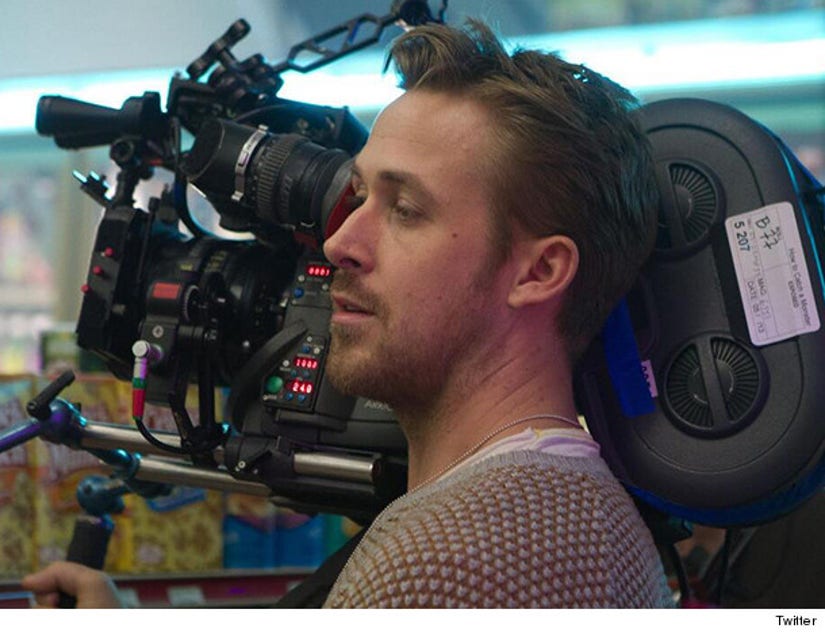 Missing from the photo call was Ryan's girlfriend, Eva Mendes, who also appears in the movie.

"The Lost River," which was originally titled "How To Catch A Monster," follows the life of a single mother (Hendricks) who's taken to a dark underworld when her son discovers a secret underwater city.

While Gosling looked in great spirits at the photo call, his film has generated mixed reviews since premiering at the film festival.

Check out the teaser for "The Lost River" below and take a look at even more celeb sightings from the 2014 Cannes Film Festival above!