Charlize Theron and John Hartnett put their acting skills to the test with a friendly game of charades on "The Tonight Show."

Announcer Steve Higgins teamed up with the "A Million Ways to Die in the West" star, while host Jimmy Fallon was paired with the "Penny Dreadful" star.

The teams took turns and got 45 seconds to emote pop culture clues like "Murder, She Wrote" and "Game of Thrones."

At one point, Fallon showed off his stripper moves as he attempted to act out the Tina Turner song "Private Dancer." Despite his best efforts, Hartnett had no clue what the comedian was doing.

But one of the real highlights was Hartnett, whose monster-stomping and clawing abilities made one of his clues so easy to figure out (hint: it was "Godzilla") that Fallon had it in about 7 seconds! 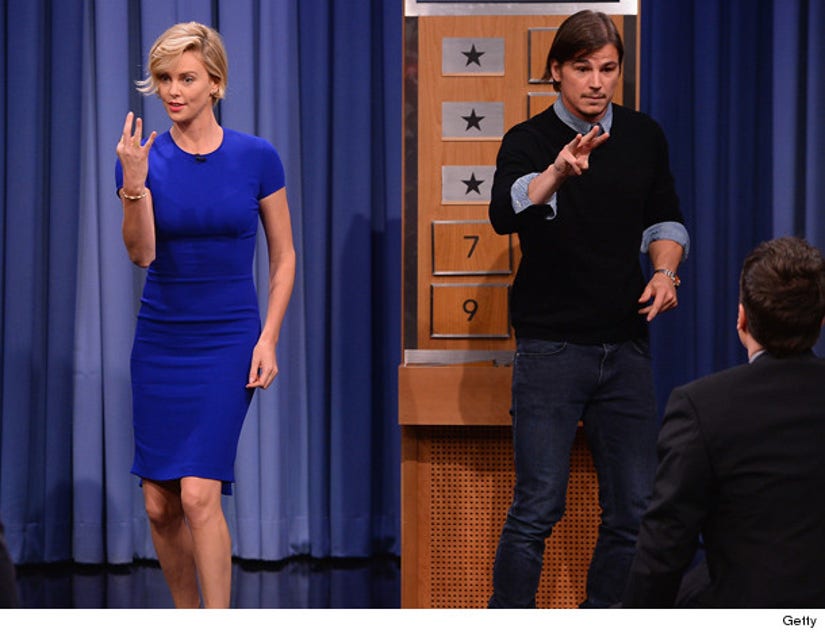 So, which team came away a winner? Check out the video above.

Earlier in Tuesday's episode, Theron opened up about her 2-year-old son Jackson. "He's really sweet," the 38-year-old said. "He's really starting to put sentences together. He's at that age now where he can tell you what he likes and what he doesn't like. Before, you're just kind of guessing."

Fallon then asked if Jackson has a favorite doll, but the little one seems to be more excited about Tinker Bell than Spider-Man. "I think it started with this whole 'Frozen' phenomenon. He's really into princesses now," the proud mama explained.

Check out the video below to hear the rest of the story!