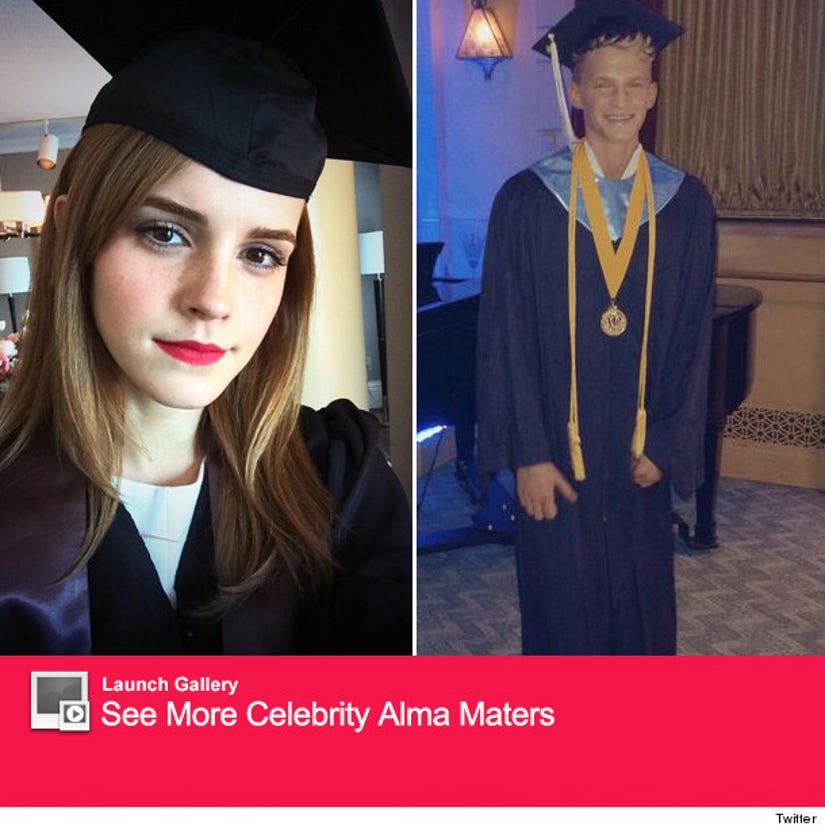 Congrats to these stars for not only having killer careers, but going to school while doing it!

Both Emma Watson and singer Cody Simpson celebrated their respective graduations over the weekend, with the "Harry Potter" star finishing her time at Brown University and Simpson saying goodbye to his high school class in Atlanta, Georgia.

The two were clearly proud of themselves, as they both shared photos in their caps and gowns.

"Graduated high school as Valedictorian of my class today," Simpson shared of the experience. "Finished high school at home administered through this lovely school here in the South, proud to have received the highest GPA of the school amidst this hectic lifestyle of mine. Anything can be accomplished if you open your mind!"

He also posted some video from his Valedictorian speech -- check it out below:

As for Hermoine, she's been enrolled at Brown since 2009 and graduated from the Ivy League school with a degree in literature. Since her time at the school, she's starred in the final two "Harry Potter" films, "Noah," "The Perks of Being a Wallflower" and appeared in "This Is the End."

Congrats to the two grads!