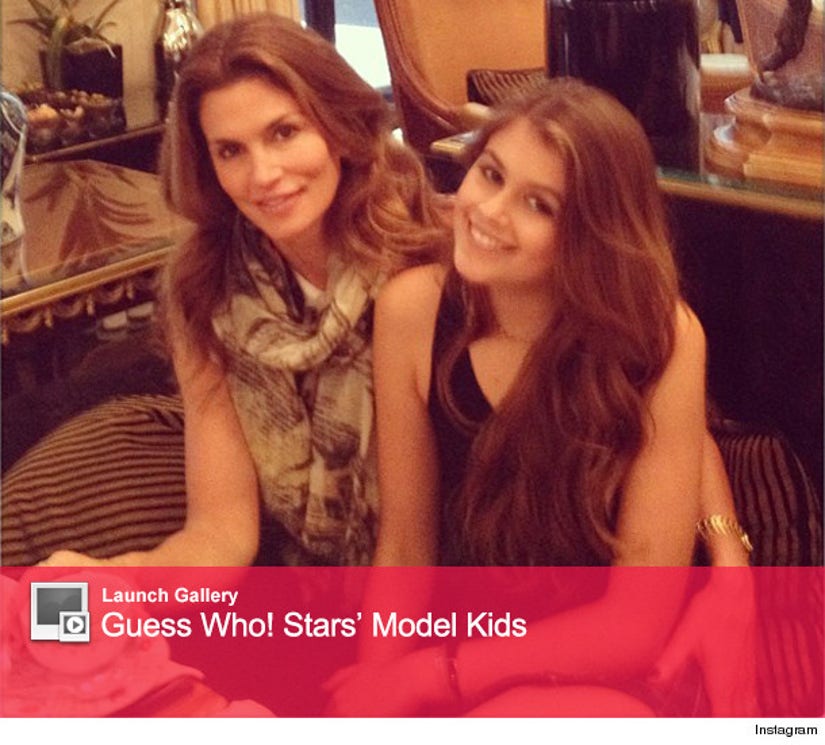 She's a supermodel in the making!

Cindy Crawford took to Instagram to share a series of sweet snapshots from her trip to Paris with her 12-year-old daughter Kaia Gerber. From her lustrous locks to her big brown eyes, Kaia is the spitting image of her model mom.

"Out last breakfast in Paris. Merci @fsparis! Au revoir!" Crawford wrote along with one cute candid. In a second photo, the duo is taking a selfie with the Eiffel Tower in the background.

After Kaia became the face of Versace's kids line back in 2012, Cindy put the brakes on her daughter's modeling career. 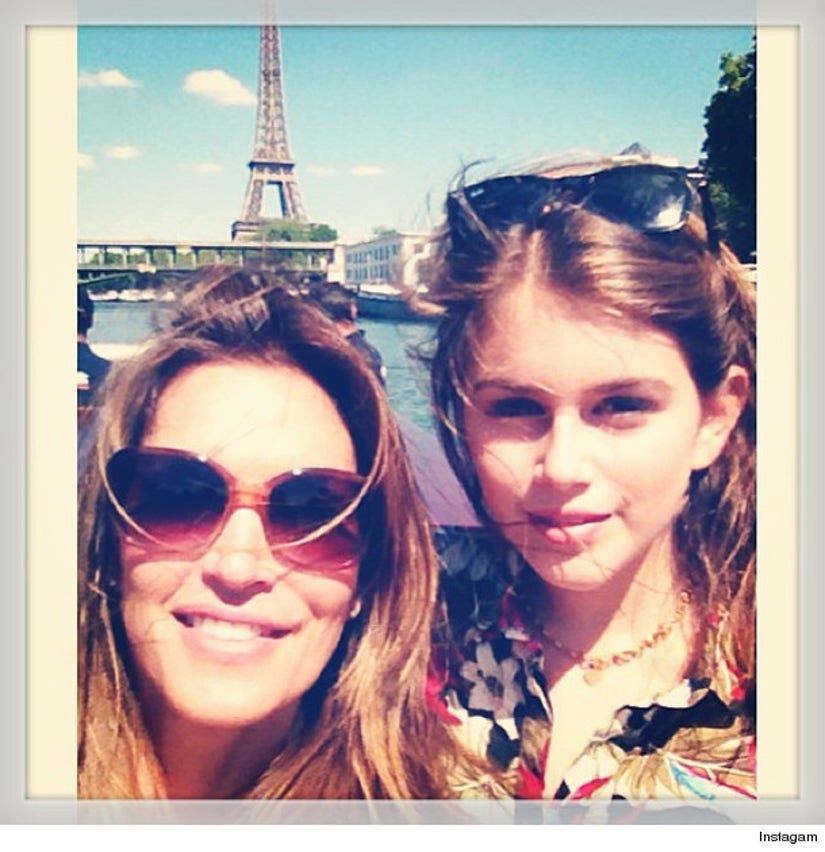 In an interview with "The Daily," Crawford announced that her daughter won't be appearing in any more campaigns for the next seven years. "At this point, she's too young to pursue a career. There aren't even a handful of jobs for a 10-year-old girl," she explained.

She does give Kaia the green light to follow in her footsteps later on in life: "But if she's 17 and wants to try it, of course, what can I say?"

Not much, considering Crawford was discovered at 16 years old. Kaia's father, Rande Gerber, also was a model.

It looks like the young beauty will have no trouble following in her parents' footsteps -- when mom gives her the OK.

Do you think Kaia has a future in modeling? Tell toofab in the comment section below, and click "Launch Gallery" above to see more stars' model kids!