How did Dean McDermott's mistress miss this one?

In the season finale of "True Tori" on Lifetime last night, Tori Spelling revealed that her husband Dean McDermott has her name tattooed right above his penis. Yep, down there.

The topic came up after a friend of the "90210" star suggested that Dean should sign a contract on his body saying he'd never cheat or drink again ... and if he did, he'd get "nothing." Tori then joked that he should tattoo it on him, but then revealed his ink didn't prevent cheating before.

"Clearly that didn't stop him. You know the tattoo he has, down there," Spelling says. "It says 'Tori's.' And months later, he cheated on me."

The two were fighting all episode long on whether Dean should really go back to Toronto, where he cheated last year, to film another season of "Chopped Canada."

At the end of the hour, Dean told her he wouldn't go because he couldn't "leave you and the family right now" -- but then Tori said he had to go.

Check back next week for the "reunion special" answering some big questions.

Did you tune in all season long -- and would you come back for another season if Lifetime renews the series? Sound off below! 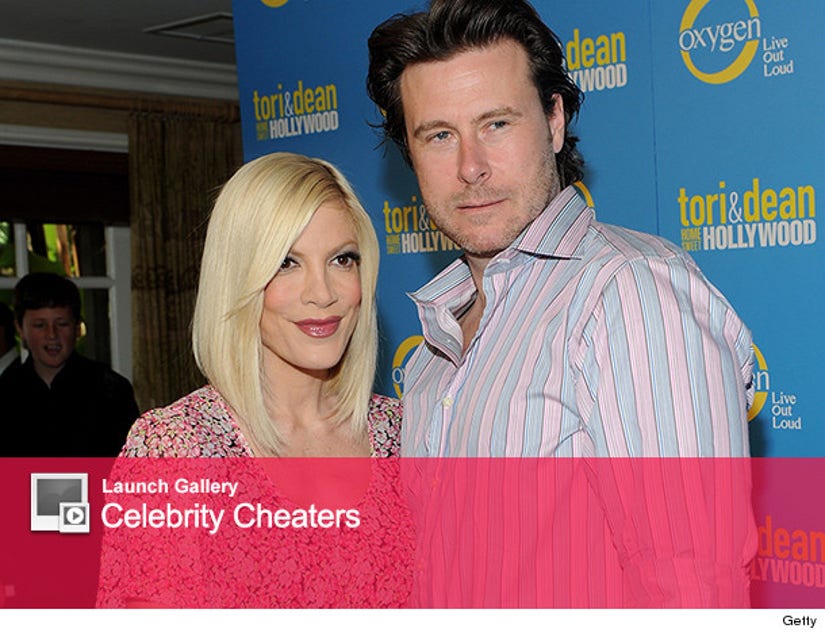