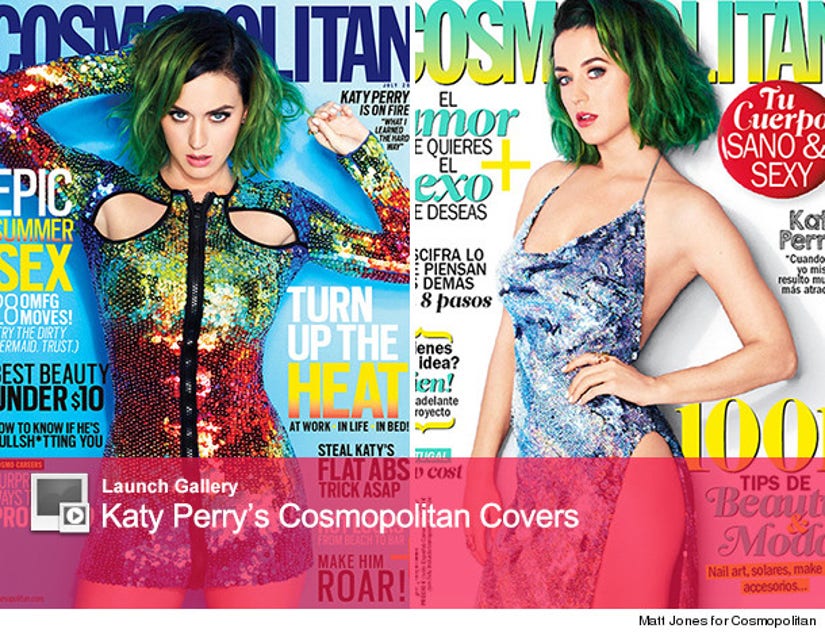 The 29-year-old graces the first-ever "global" cover of Cosmopolitan -- meaning she'll appear on the magazine's 61 international editions, as well as the US cover.

In the issue, Perry will open up about why she wants to wear less makeup, reveals the alcohol she'll never touch again and says what she really thinks about John Mayer.

While the pop star's interview has yet to be released, the "Dark Horse" singer did share a message with Cosmo readers.

"If you're secretly reading the mag and not really allowed to, don't worry, I did it too," she confesses.

Chelsea Handler, who interviewed Katy for the mag, also had something to get off her chest. When discussing the superstar's former flames, the comedian wasn't afraid to put in her two cents.

"You were married to [Russell Brand]. Then you broke up and started dating John Mayer. These are two men that most people would say, 'If you're not going to date two people in this world, it should be these two.'"

We can't wait to see how Katy responds to Chelsea's candid comments!

Click "Launch Gallery" above to see ALL of the singer's Cosmo covers, and pick up the first global issue on newsstands June 3.