Jennifer Lopez steams up the screen with model David Gandy in the sexy music video for her new single, "First Love."

The "American Idol" judge shows off her enviable body -- and her signature booty -- in a series of racy ensembles, including an almost-sheer white American Apparel bodysuit. She also strips down in a racy black bathing suit by Issa De-Mar, which she pairs with an Alexander McQueen cape.

The video takes place in the Californian desert, which sets the scene for a steamy moment where J-Lo writhes around on top of her on-screen beau.

The singer admitted to Entertainment Tonight that she doesn't think it's possible to be "too sexy."

"I think you have to express yourself and be who you are," she explained. "I wouldn't do anything I'm uncomfortable with."

David recently revealed how excited he was when Jennifer asked him to star in the video. "I got the call and thought it would be great fun and an experience which is a little bit different to the things that I've done before," he told the Daily Mirror.

This pair certainly have a lot of chemistry!

Check out the "First Love" video above, and click "Launch Gallery" below to see more of your favorite pop stars, then and now. 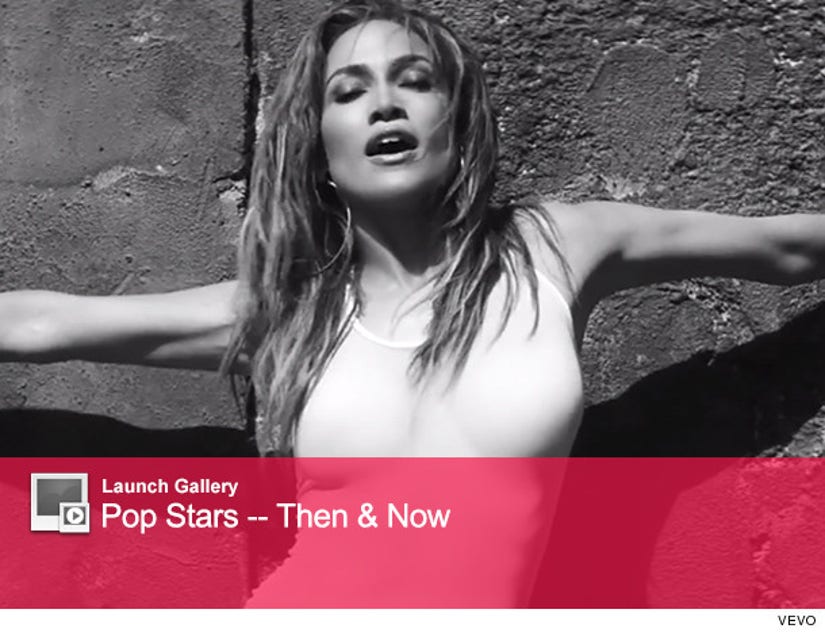