Ansel Elgort can do it all!

The actor, who plays Shailene Woodley's love interest in "The Fault in Our Stars," made his first-ever appearance on "The Tonight Show" on Monday. During his interview, the 20-year-old admitted that he's always been a bit of a performer.

"I got more into tap-dance because my dad [fashion photographer Arthur Elgort] took me to see Savion Glover at the Joyce Theater," the "Divergent" star revealed. "I love Savion. I can tap-dance a little bit. But the thing about the tap-dancing is I always got stuck. I got so obsessed with tap-dancing."

Jimmy Fallon then asked Ansel to show off his tap skills -- check out the video above to see him and the late night host in action!

Before he made his acting debut, Elgort performed in "The Nutcracker" at Lincoln Center at the age of 9. During his teen years, the young star attended the famed LaGuardia High School.

This talented actor will be a household name in no time!

What do you think of his dancing skills? Tell toofab in the comment section, and click "Launch Gallery" below to see more stars before the fame. 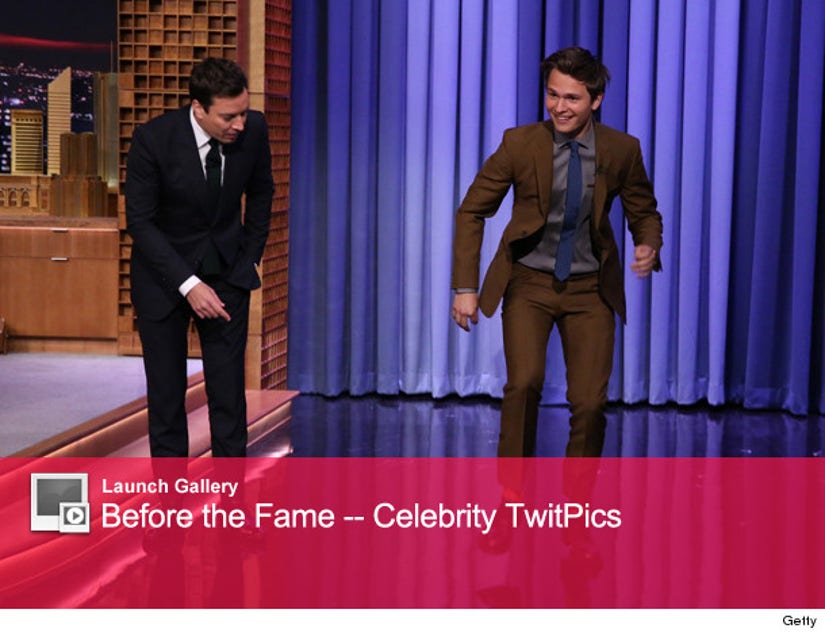