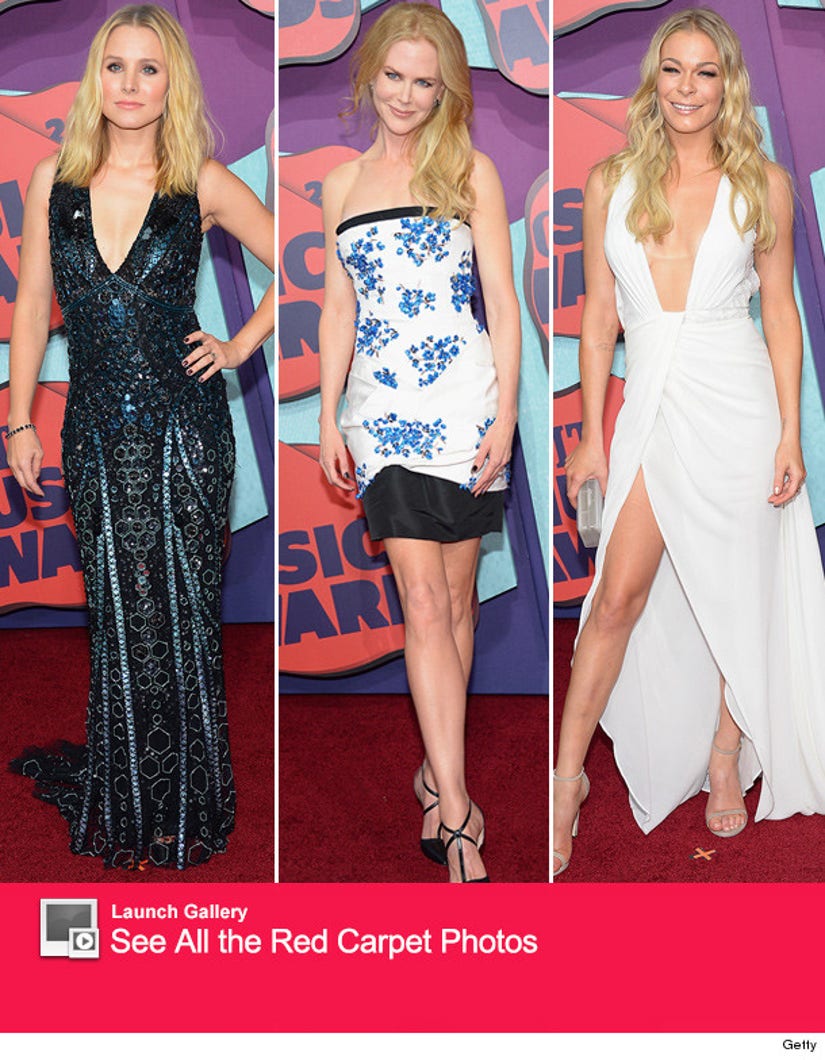 It was a hot one in Nashville tonight, as a ton of stars hit the red carpet for the 2014 CMT Music Awards.

Kristen Bell was one of the first celebs to arrive, looking drop dead gorgeous in a low cut, black and blue fish-scale gown. The actress, who is hosting the event, wore her hair down in loose waves and sported simple, summery makeup. We're LOVING this look.

Nicole Kidman supported husband Keith Urban at the show and the two were seen sharing some sweet PDA on the carpet together, kissing for looking downright adorable together for cameras.

LeAnn Rimes showed up without hunky other half Eddie Cibrian, hitting the carpet in a white hot dress that not only put the girls on display but also her long legs. She went with the loose locks too.

And country's favorite new duet partners, Miranda Lambert and Carrie Underwood, were seen posing together on the carpet. The two blonde beauties looked amazing in their skin-baring ensembles, complimenting each other with neutral tones. 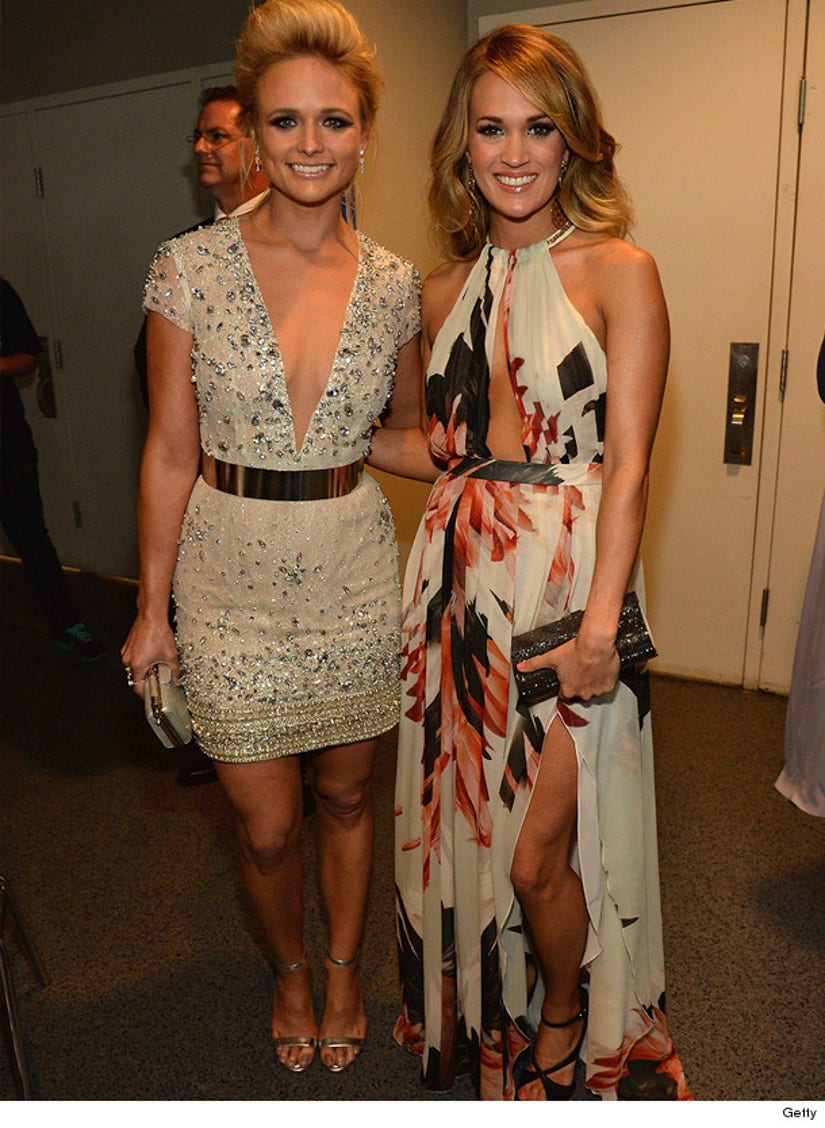 Other early arrivals included Kellie Pickler, who never disappoints when it comes to showing some skin, and Jessie James Decker, who just gave birth in March.

For the guys, Dierks Bentley paid homage to his song "Drunk on a Plane" by dressing up as a pilot with a red Solo cup ... while Luke Bryan kept it cool in jeans and a sky blue blazer.

And then there's Jason Aldean, who finally went public with girlfriend Brittany Kerr, the former "American Idol" contestant he was photographed making out with while he was still married.

We'll keep updating the gallery above with more celeb sightings as they come in!