Jay Z and Solange Knowles may not have attended the CMT Awards, but they definitely made their mark!

In the scene, the "House of Lies" actress waited for an elevator while surveillance footage showed Luke Bryan and Florida Georgia Line (Tyler Hubbard and Brian Kelley) punching and kicking each other!

The hilarious reenactment spoofed Jay Z, Solange and Beyonce's exact movements from the original May 5 footage. 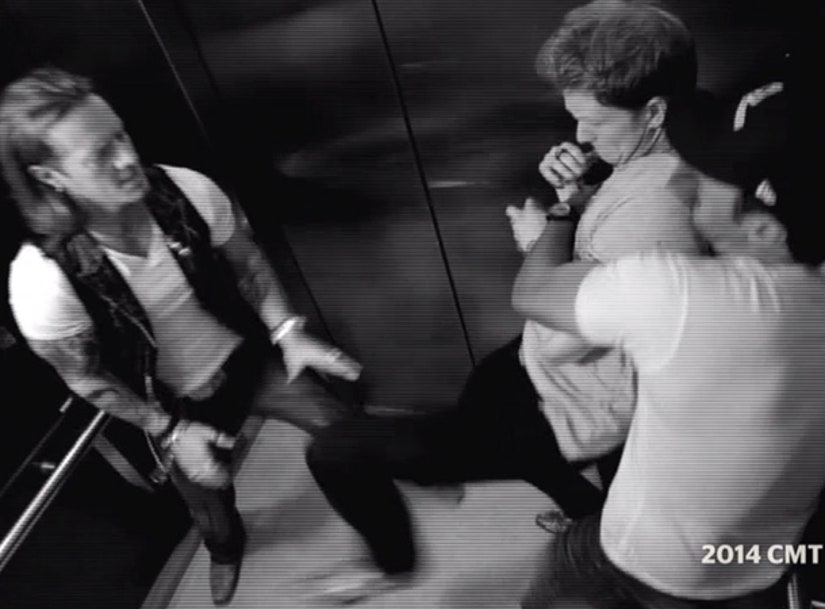 When the doors opened, the country singers put their fists down as Bell looked at them in disbelief.
After leaving the elevator, Bryan turned around and told Bell, "What happens in the elevator stays in the elevator."

Check out the video above to see these country stars getting down and dirty!

Bell was one of the first celebs to arrive at the star-studded award show, looking drop dead gorgeous in a low cut, black and blue fish-scale gown. 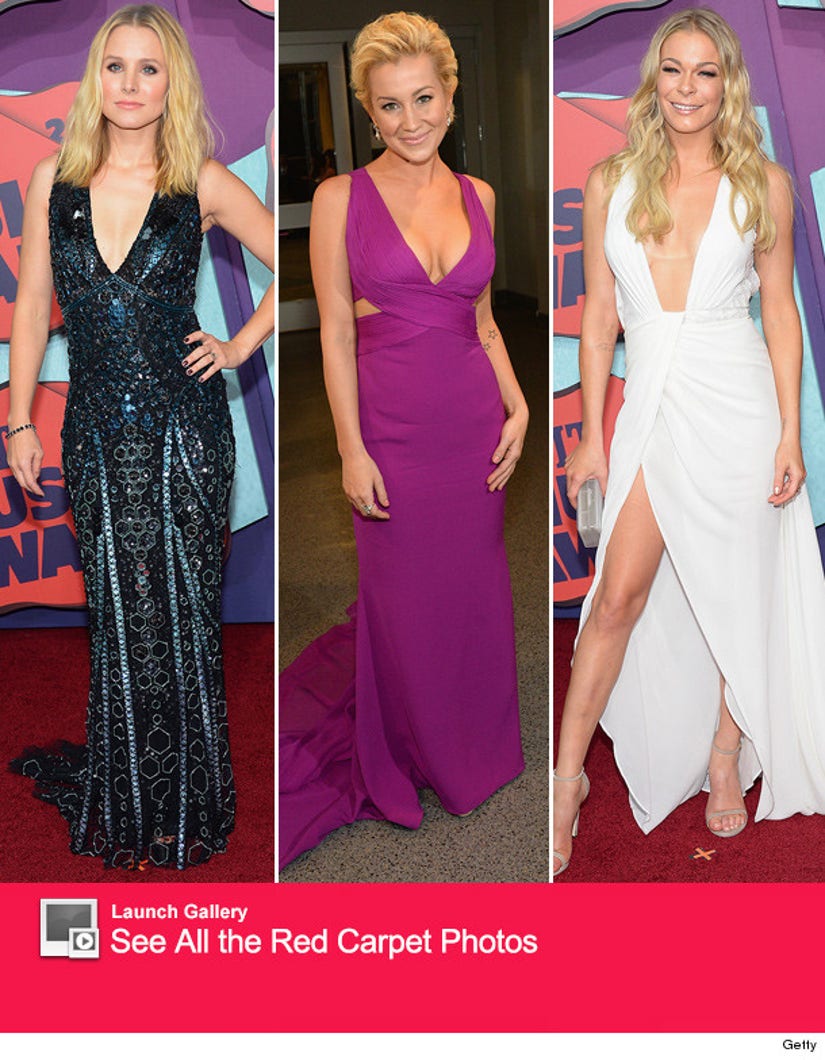