Hit me, Lisa, one more time!

Unfortunately for the "Celebrity Apprentice" star, the judges were less than impressed by her performance, as Debbie Gibson, Darrell Hammond, and guest judge RuPaul gave her the lowest combined score.

"It is a nonstop process for only five days, which is not a long time," Rinna told People on Thursday. "I knew I just had to throw myself into it and cram like I was cramming for finals, really. I just went for it and I knew I would have to go hard or go home. This is the kind of thing where you can't just dip your toe into the water. You have to dive in or you will crash and burn."

"I had a blast doing it," she added. "Britney is so specific and she's an amazing performer, and when you really break someone down like Britney, she's technical and does certain things with her voice that are very difficult. She's a great dancer and it was really challenging to become her."

Check out the video above to see Lisa's rendition of the song!

Should she be proud of her performance? Tell toofab in the comment section below, and click "Launch Gallery" below to see your favorite pop stars, then and now. 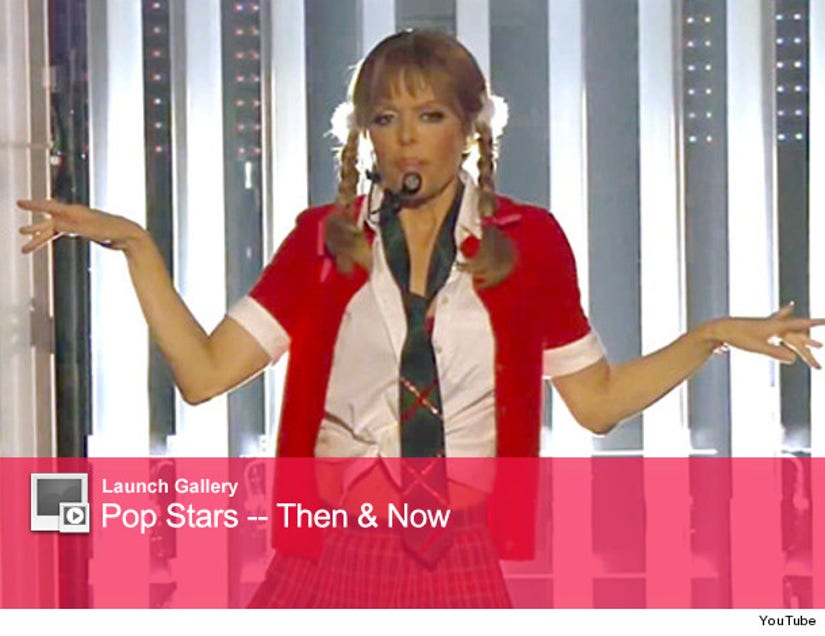