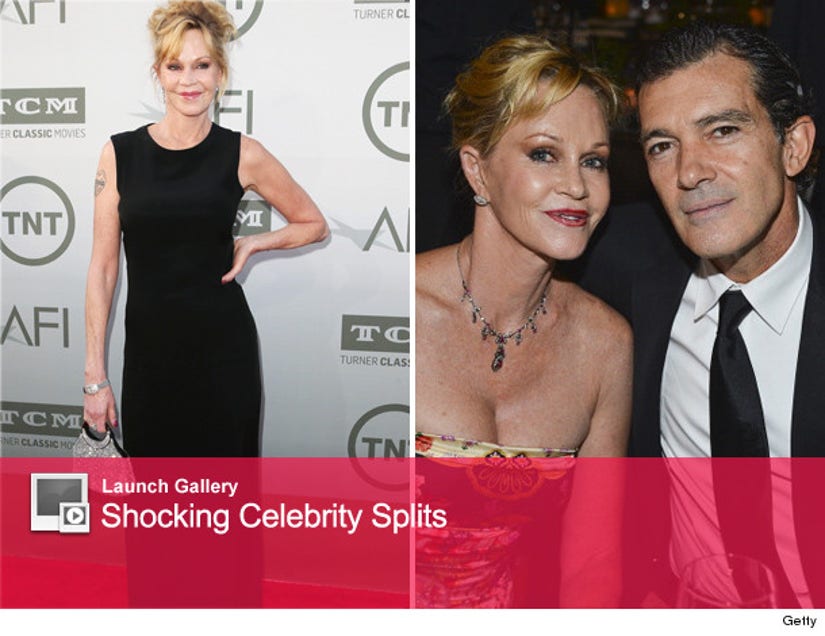 Melanie Griffith knows how to put on a brave face!

The actress attended the 2014 AFI Life Achievement Award Gala in Los Angeles on Thursday to pay tribute to Jane Fonda.

The blonde beauty smiled for the cameras, despite news that after 18 years of marriage, she's filed for divorced from longtime hubby Antonio Banderas.

The legal docs -- obtained by TMZ -- cite irreconcilable differences as the reason for the split. Griffith is asking for spousal support, child support in addition to joint legal custody of their daughter Stella, 17. Sources close to the couple say that the split has been "amicable."

The 56-year-old wasn't the only big name at the AFI event -- Jane Fonda looked gorgeous in her black and white ball gown, Rosario Dawson put her girls on display in a sexy pink dress and Diane Lane looked timeless in a nude lace ensemble. 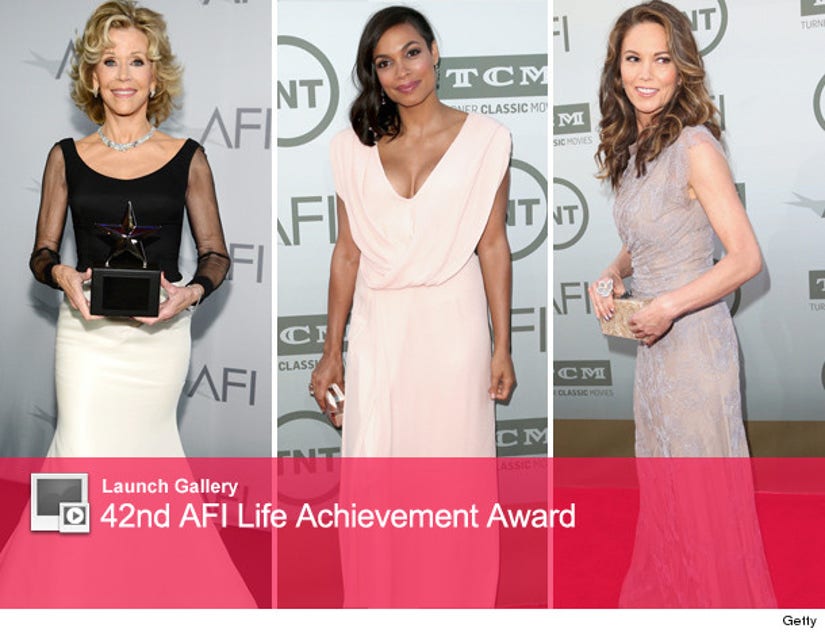 Stars like Catherine Zeta Jones, Cameron Diaz, Chelsea Handler, and Sandra Bullock (who presented Jane with the award) were also on-hand for the celebrations, too.

What do you think about Melanie's divorce news? Sound off below and click "Launch Gallery" above to see even more shocking celebrity splits.

Plus, check out all the pictures form the AFI Life Achievement Award Gala!